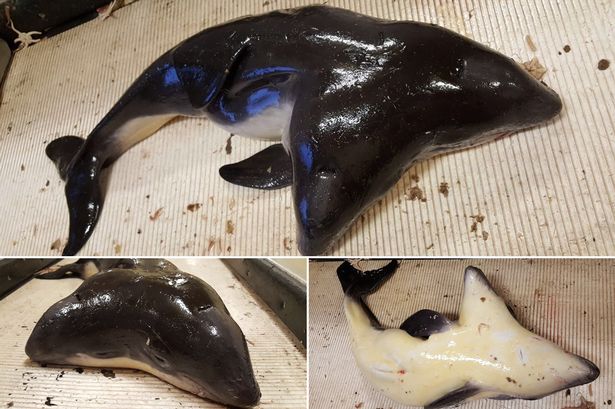 Fishermen of the coasts of Netherlands were quiet shocked to see what was caught in their fishing nets. It was later confirmed that the unknown creature that was caught was a conjoined case of a twin harbor porpoises (Phocoena phocoena). This case is the 10th known case of conjoined porpoise twins, a group of animals that also includes whales and dolphins.

Ervin Kompanje, at the Erasmus MC University Medical Center in Rotterdam said,”The anatomy of cetaceans is strikingly different from terrestrial mammals with adaptations for living in the sea as a mammal. Much is unknown.” Further adding to the statement he said,”Adding any extra case to the known nine specimens brings more knowledge on this aspect.”

ALSO READ: I want Muslims to share my burden to eradicate terrorism
The fishermen who caught the twins returned them to the ocean. However it was found out that they were dead till then. The fishermen decided to do this as they thought that it would be illegal to keep such a specimen, but were able to click pictures that can prove to be useful for research.

Its unfortunate that the scientists cannot directly examine the twins but they will try to find out as much as possible through the pictures that are provided to them by the fishermen.