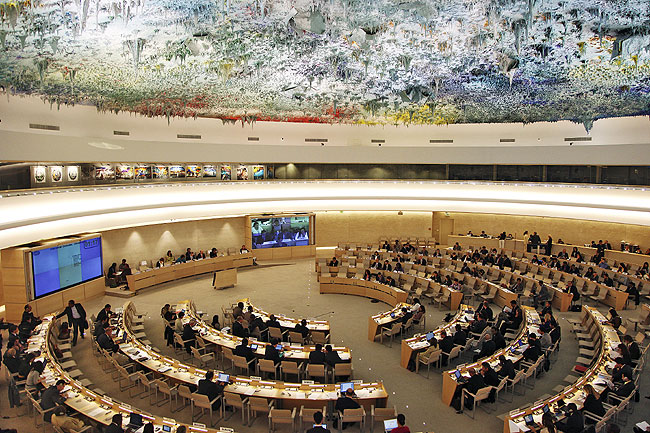 At the 35th session of the United Nations Human Rights Council, India gave a stern reply to Pakistan’s continued pursuit of its political objectives at the council.

Utilizing its Right of Reply, India accused Pakistan of “misusing the platform to pursue its political objectives,” adding that Pakistan kept raising the UNSC Resolution on Jammu and Kashmir but did not itself adhere to the obligations in the resolution, especially regarding vacating the illegally occupied Pakistan-occupied Kashmir.

India’s representatives also drew attention to Pakistan’s inability to address the issue of terrorism, stating that it had become an “epicenter for terrorism” due to the country’s weak institutions. The representatives even termed Pakistan’s human rights record in Pakistan-occupied Kashmir and Balochistan as “deplorable,” citing Pakistan’s use of artillery and air strikes on its own people.

The representatives further highlighted that India possessed a “robust institutional framework” that ensures adherence to rule of law and safeguarding of the fundamental rights of people. The representatives also added that the people of Jammu and Kashmir had chosen and reaffirmed their decision to stay with India through the country’s democratic process.

India at UN #HRC35
The foremost challenge to stability in Kashmir is the scourge of terrorism, which receives sustenance from Pakistan pic.twitter.com/6rfws1y9th