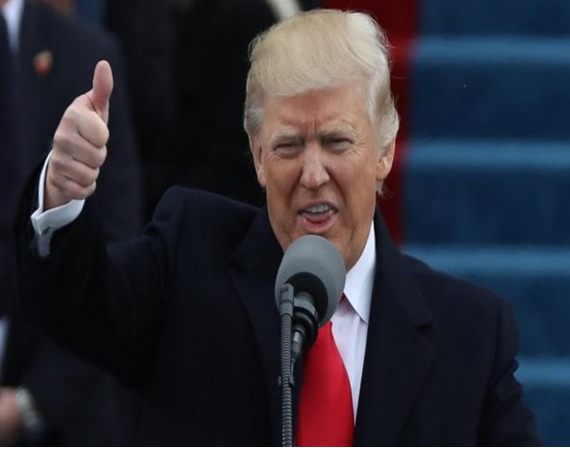 New York: With the world still befuddled trying to figure out the meaning of ‘covfefe’- a term seemingly coined by President Donald Trump, the word has now become an official bill.

Quigley’s bill turns the word into an acronym standing for the ‘Communications Over Various Feeds Electronically for Engagement Act’, which would broaden the scope of the Presidential Records Act of 1978 by including the term “social media” as documentary material.
On May 31, President Donald Trump declared at 12:06 a.m. on Twitter: “Despite the constant negative press covfefe.”

The tweet was published for several hours before being removed, allowing observers plenty of time to ponder the meaning of “covfefe” and also produced a stream of memes.

But the deletion of the tweet also raised questions about how the Presidents’ social media should be handled and preserved.

“In order to maintain public trust in government, elected officials must answer for what they do and say; this includes 140-character tweets,” Quigley, who co-founded the Congressional Transparency Caucus, said in a statement.

Who can figure out the true meaning of "covfefe" ??? Enjoy!

“If the President is going to take to social media to make sudden public policy proclamations, we must ensure that these statements are documented and preserved for future reference. Tweets are powerful, and the President must be held accountable for every post,” the lawmaker said.