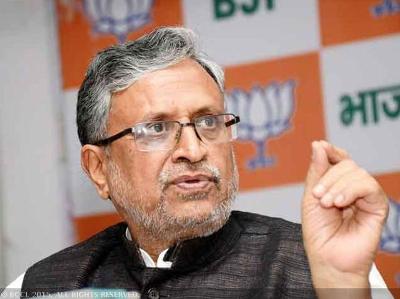 ALSO READ: WB: GJM calls for an all party meet in Darjeeling

Modi, who has been making a series of allegations against Lalu and his family, termed Lalu’s servant as a ‘surrogate’.

“The property Lalu has been gifted is like a surrogate mother keeps the child of other man in her womb. The servant kept Lallu’s property with him,” Modi told media.

The BJP leader claimed that Lalu transferred Benami property worth Rs. 1 crore to his wife Rabri Devi and fifth daughter Hema Yadav including land and house in Patna in 2014 via his servant Lallan Chowdhary.

The BJP leader levelled these allegations with documentary proof.

Reportedly, Modi has demanded Bihar Chief Minister Nitish Kumar to investigate the matter and asserted that he would write to the Income Tax (I-T) department regarding Lalu’s benami properties.