Home Trending Now Aldi: Soon to be the third largest grocery chain of US 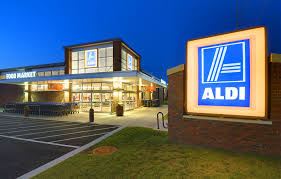 Aldi U.S. CEO, Jason Hart, said in a statement, “We pioneered a grocery model built around value, convenience, quality and selection and now Aldi is one of America’s favorite and fastest growing retailers.’’ He further added, “We’re going at a time when other retailers are struggling. We are giving our customers what they want, which is more organic produce, antibiotic-free meats and fresh healthier options across the store, all at unmatched prices up to 50% lower than traditional grocery stores.”

Jason also said that he will invest $1.6 billion to remodel 1,300 existing stores with new designs that will include softer lighting than its older stores, as well as a larger fresh produce section, wider aisles and electronic displays on the walls.

The new design of the German-owned grocery were brought up in October at a store in Richmond, Virginia, and it looks identical to Whole Foods, new cheaper chain of stores called 365 by Whole Foods.