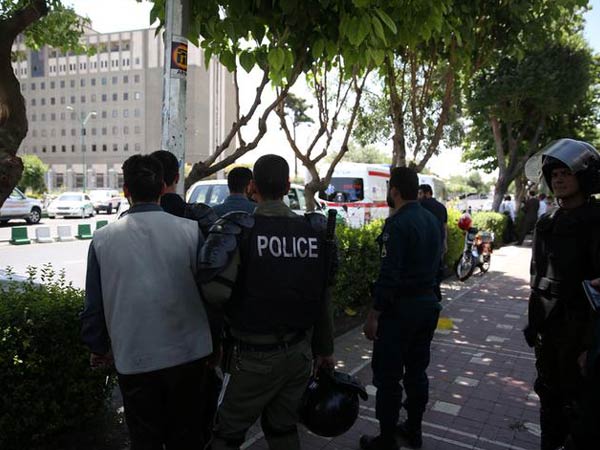 Iranian security forces have killed the mastermind behind the two deadly terror attacks last week on the country’s Parliament and the shrine of Ayatollah Khomeini.

Media quoted Iran’s Intelligence Minister, Mahmoud Alavi, as saying in a televised interview on Saturday that the mastermind of the terrorist attack on Iran’s Parliament and the shrine of Ayatollah Khomeini on June 7 were killed by the intelligence forces.

He added that the mastermind of the operation, who had fled the country, was killed by the Iranian security forces with help from friendly intelligence services.

The Revolutionary Guard Corps vowed to take revenge for the attacks, and said that there was a definitive link to the visit of U.S. President Donald Trump to Saudi Arabia in May, it is reported.

Sunni-majority Saudi Arabia and Shiite Iran have had strained relations throughout history and have been involved in a sectarian feud for more than 1,000 years.

At least 12 people were killed when six attackers mounted simultaneous gun and suicide bomb attacks on Iran’s Parliament building and the tomb of the republic’s revolutionary founder, in one of the most audacious assaults to hit Tehran in decades. Equipped with AK-47 assault rifles, handguns and suicide vests, the gunmen killed security guards and ordinary people before holding people hostage in the upper floors of the building. One of the attackers reportedly blew himself up inside as the police surrounded the building.

The Tehran Security Council had convened an emergency meeting after two terror attacks occurred on the Iranian Parliament and Imam Khomeini Mausoleum respectively.

The Islamic State claimed responsibility of the two attacks – a suicide bomb and gun assault. The ISIS media wing, Amaq, claimed “fighters with the Islamic State” carried out the assault.