In which Sushma Swaraj could tutor Donald Trump on how to own Twitter | Newsmobile
Tuesday, December 6, 2022

Home Politics In which Sushma Swaraj could tutor Donald Trump on how to own... 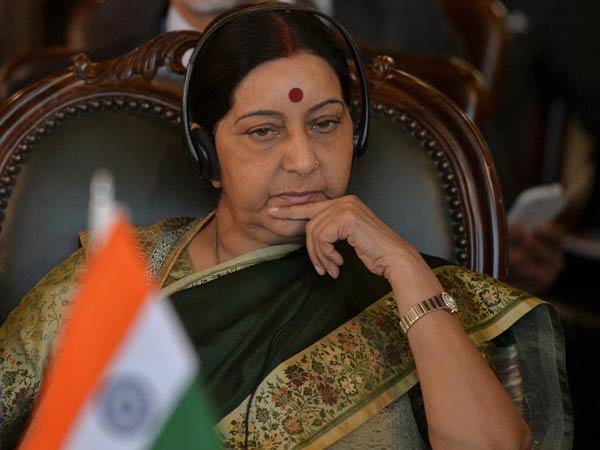 No one can deny that statement – at least not anyone in their right mind. The Indian MEA, a petite figure in a voluminous handloom saree and a motherly smile, can teach Twitter Diplomacy at any Ivy League college and to anyone who has anything to do with either public dealing or politics can learn the ABCs of Twitter in particular and Social Media and Management in general from her.

Even if you are stuck on the Mars, Indian Embassy there will help you. https://t.co/Smg1oXKZXD

Social media that was long thought of as a place for youngsters to strut their stuff is today any ‘social influencer’s’ wet dream. With millions of real people – not counting the bots – who are online at all times of the day and night, it is today the chosen place for everyone to hang out – journalists, celebrities, politicians or mommy-at-home as much as the jock from school or retired grandparents with no one to share their points-of-view with – it’s a level playing field here.

But, very few have got the act bang on like Swaraj who uses the micro-blogging site Twitter as she probably does her office memo.

Over the last three years with roughly 5000 Tweets, she has amassed a whopping 8.2 million followers! This is no mean feat as she is probably the only politician who gets tweets from young people telling her that they are her fans and also appreciation from her party’s worst critics.

Wondering if my long distance relationship could have been saved if I’d just asked Sushma Swaraj to intervene.

Oh Ma’am no word for your generosity. It’s beyond the boundry. You can handle whole world Foreign ministry

This is no mean feat considering Swaraj is 65 years old and is the epitome of traditional Indian woman from her attire to her choice of language – chaste Hindi, though she did deliver speeches in Kannada when pitted against Sonia Gandhi in Bellary, Karnataka in 1999. She lost the elections only by 7% margin despite the fact that she only got 12 days to campaign.

She also holds the unique distinction of granting film production in India an industry status in her earlier avatar as the Information and Broadcasting Minister in the Vajpayee government, thus, allowing filmmakers to avail of bank financing. This one decision is said to have liberated the Indian film fraternity from the clutches of the underworld who the filmmakers used to borrow heavily from to finance their movies.

But, these feats are not the reason for her legions of followers on Twitter and elsewhere on the social media. Even the bitterest of critics of her ultra-right wing political party have no bad words for her and her wall was flooded with prayers and messages for a swift recovery when she had to undergo a kidney transplant a few months back.

Swaraj is in everyone’s good books because she uses Twitter as Batman uses Bat Signal to rescue people in distress.

She is not even picky in her choices either because you don’t need to be an Indian to be a recipient of her help.

From Brazilain bahus trying and failing to get an Indian passport to be with her Indian husband to Pakistani father desperately seeking a visa to get his three-months-old son treated for a life-threatening heart disease in India, she has helped them all.

My sympathies are with you. We will give you the visa. Sartaj Aziz Sahib should recommend your case. https://t.co/ZZvQjafIGY

No. The child will not suffer. Pls contact Indian High Commission in Pakistan. We will give the medical visa. pic.twitter.com/4ADWkFV6Ht https://t.co/OLVO3OiYMB

Just not that, she recently ruled YouTube with her strong answer to US President Donald Trump’s recent allegation that India got paid to sign the Paris Accord. She said, that protecting the environment is a part of Indian ethos and India will be committed to it’s culture of worshiping rivers and trees and therefore be a part of the Paris Accord whether America stays in it or not. She made it amply clear in her speech that India never signed the environmental pact under any pressure or greed.

Speaking of Donald Trump, when you compare her style of functioning with his, who apparantly takes to Twitter to avoid “Fake Press“, you can clearly see how a ‘motherly-looking’ lady from India is miles ahead of the president of the most powerful nation on Earth.

Where Trump earns backlash for most of his Tweets from the mainstream media, the Democrats and anti-Trump brigade across the world, Swaraj’s Tweets get picked up by the Press as ‘Inspirational’ stories.

She never has to spew venom online or express opinion unlike the US President, who at 70 is five years her senior.

Whereas the US President uses tragic situations like London attacks last weekend to grind his axe,

Do you notice we are not having a gun debate right now? That’s because they used knives and a truck!

We need to be smart, vigilant and tough. We need the courts to give us back our rights. We need the Travel Ban as an extra level of safety!

Swaraj like a boss gets flowers delivered to hospital by her Pakistani counterpart, Sartaj Aziz when she had a difficult kidney transplant in a Delhi hospital in December last year. Many citizens cutting across faith and party lines were also ready to donate their kidney to her so she can continue doing the good work!

When Trump comes across as defensive, aggressive and opinionated making trolls of the likes of Harry Potter author JK Rowlings,

It’s called ‘leadership’, Donald. The terrorists were dead 8 minutes after police got the call. If we need an alarmist blowhard, we’ll call. https://t.co/NUiy9j4fBt

Or the recently-ousted CNN reporter, Reza Aslan for calling Trump a “piece of shit” in a Tweet that has now been taken down. 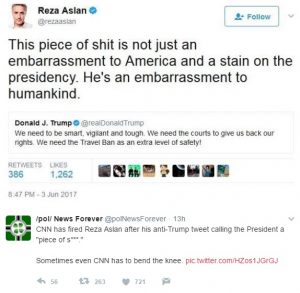 Swaraj gets blessings and prayers from even her bitterest foes.

Sushma Swaraj may not be the most powerful man on earth but, her political acumen shines through from her use of the Social Media like a pro. A politician from her early 20s and a lawyer by profession, Swaraj knows the pulse of the people and uses her office and the power vested to her through it to do help those in need.

She probably has saved herself and the Ministry a whole lot of time and public relations fund by using the Social Media as a tool reflecting transparency of her office and work, she has the Media – mainstream or otherwise – eating out of her hands.

Though critics could counter mildly by pointing out that her having to jump into small matters like arranging for visa for couples stranded in foreign locations actually shows that the departments running under her ministry are not functioning properly but, she is not letting that hold her steam.

Swaraj has picked up the lacuna in the departments functioning under her Ministry and is using her influence to turn it round into a public relations dream. 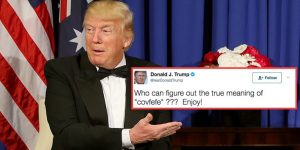 A lesson that Trump could learn from her instead of calling out to the media each time he’s asked a difficult question by the press and openly calling certain media houses ‘friendly’ and others ‘fake’ that makes him a butt of trolls and jokes for days.

Great reporting by @foxandfriends and so many others. Thank you!

Sorry folks, but if I would have relied on the Fake News of CNN, NBC, ABC, CBS, washpost or nytimes, I would have had ZERO chance winning WH

Mr President, you may be the strongest man in the world with the US Nuke codes lying in your locker that gives you the power to annihilate the Earth any moment but, dead bodies do not make good subjects, they make a lot of vile stench. There is a thing or two you can learn from our MEA on how to be the Queen of Hearts. Unlike you, she doesn’t have to Tweet asking support to make your country great, she is well on her way to making her Ministry and the country great one successfully closed case at a time.