Hottest ever Honda Civic Type-R leads to the US | Newsmobile
Friday, February 3, 2023 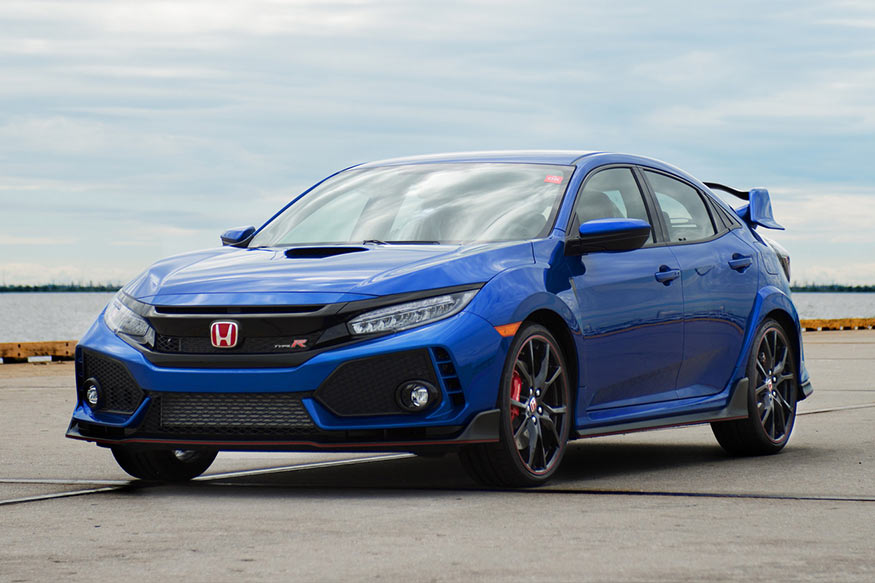 The all new hottest Honda Civic is all set to make it to history setting a new Nurburgring lap record, is looking to establish a host of other world-firsts as it officially arrives in the US.

The Honda Civic Type-R has been a mainstay of the European and Asian affordable performance car market for some 20 years, yet it’s never been officially offered for sale in the US, until now.

And to mark the car’s arrival, Honda is going to auction the first production model, VIN 01, with all proceeds going to the Pediatric Brain Tumor Foundation.
People will be able to bid on the car until June 15, but they’d better have deep pockets as within hours of going live, bids had already hit the $53,000-mark.

ALSO READ: 2018 Dodge Demon Engine is a beast unlike any in the kingdom

But that’s not surprising considering how special the Type-R is shaping up to be.

If judged on performance alone, the new Honda Civic Type-R is the best official hot Civic in history. Its 2-liter VTEC engine puts out 320hp to the front wheels thanks to some generous use of turbocharging.

But to be a true hot hatch it has to be as much fun in the bends as it is impressive in a straight line.

And while Honda can point to things like weight saving, torsional rigidity, a wonderful suspension setup and clever aerodynamic trickery, when asked about the car’s cornering capabilities, increasingly the proof of all-around performance for hot hatch buyers lies in how it copes with the Nurburgring.

In recent years, just like for supercars, the 20 km circuit in Germany has become the benchmark for sporting front-wheel drive cars, with Seat, Renault and VW all vying to be the quickest around the track so that their brand faithful could have the boasting rights.

And one of the things that the new Type-R has done is silence VW Golf owners. At the end of April, the Civic Type-R broke the Golf’s record time around the Nurburgring Nordschleife for a front-wheel drive car, completing the circuit in seven minutes and 43.8 seconds.

“The Civic Type R has long been forbidden fruit for enthusiasts in the US, so we thought it would be fun to offer one lucky customer a shot at owning the first of its kind in America while benefitting the leading nonprofit solely dedicated to finding a cure for childhood brain tumors, the Pediatric Brain Tumor Foundation,” said Jeff Conrad, Senior Vice President, Automobile Division, American Honda Motor Co., Inc.

Honda took a similar route when launching its long-gestating NSX supercar. The first model was auctioned for the same charity in February 2016 and raised a remarkable $1.2 million — ten times its retail price and there’s a chance that the Civic could go for five to ten times its list price too.