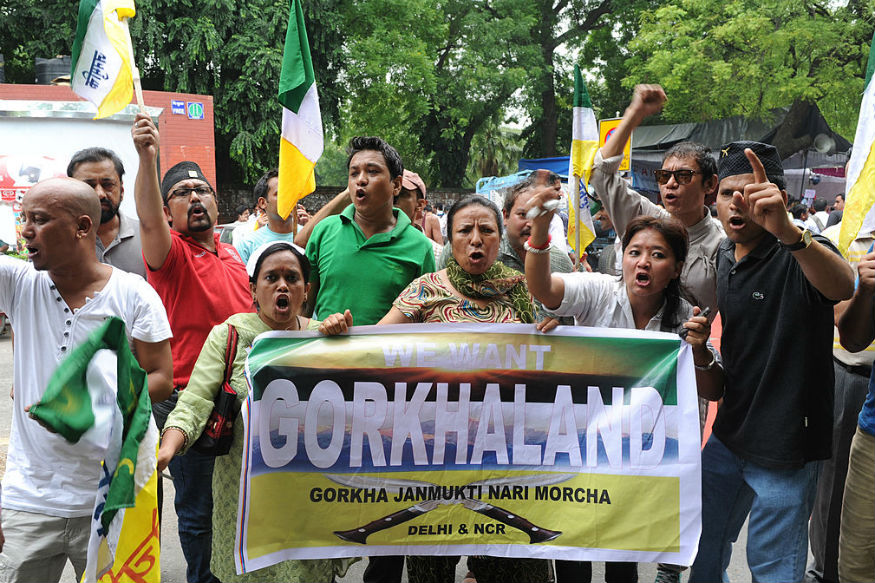 The Gorkha Janmukti Morcha (GJM) on Friday observed a 12-hour-long strike in the hills of West Bengal, stranding over 10,000 tourists on a visit to the area. GJM supporters are protesting against the alleged imposition of Bengali in the schools of the hills.

Most shops, eateries and markets remained closed and vehicles were off the roads because of the shutdown call. There is police and army deployment in the area to prevent untoward incidents. “We never expected this kind of a situation. We are too much worried, not getting any vehicles,” said a tourist.

“I respect all the languages. But I cannot disrespect the language of the Gorkha people which is Nepali..It is very saddening. My appeal to the state government is that Mamata should change her attitude of revenge. She should talk in the table rather than through baton charge. She herself has to initiate peace in the area,” he added.

ALSO READ: Ed Sheeran’s India tour: Here’s how you can experience ‘Shape of You’ LIVE

After the GJM cadres clashed with the police following their protests against Mamata’s visit to Darjeeling and her decision to make Bengali compulsory in syllabus of schools across the state, the Army was called in to control the situation yesterday. According to reports, the protest led by the GJM turned violent after protesters resorted to vandalism as they torched police vehicles and attacked policemen.

The agitation arose from an announcement made by Banerjee last week that Bengali would be taught compulsorily up to Class 10 in the state schools. Though several people were injured in the clashes, which had police personnel lathi-charging GJM supporters armed with stones, the exact number could not be immediately ascertained. Meanwhile, reports said that Banerjee has described the 12-hour-long strike as “illegal”, saying the government would take legal action against those who participate in it.