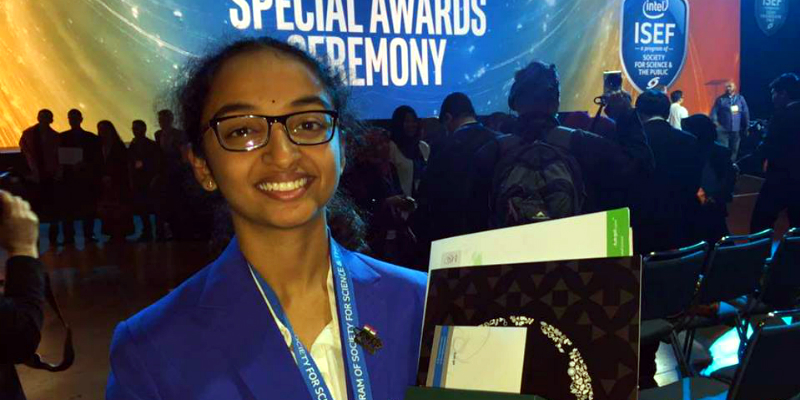 A minor planet somewhere in the Milky Way galaxy, many light years away from Earth, will be called Sahithi Pingali. Sahithi is a 16 year old girl whose concern is for the city’s polluted lakes. Only 15,000 people in the world have a minor planet named after them, and this planet will be named after her through the Ceres Connection programme run by the MIT Lincoln Laboratory and Society for Science and the Public.

Sahithi Pingali created an app which was designed to monitor water bodies and the extent of contamination in water. According to her, 90 per cent lakes are sewage fed and not much has been done to rectify this. The ‘water health map’ in her app collects and displays data about the physical and chemical parameters of a water sample through electronic sensors.

Currently, Sahithi is pursuing an internship at the University of Michigan’s Environmental and Water Resources Engineering Centre. She has won three special awards in addition to a second prize in the Earth and Environmental Sciences category at the Intel International Science and Engineering Fair ISEF at Los Angeles.