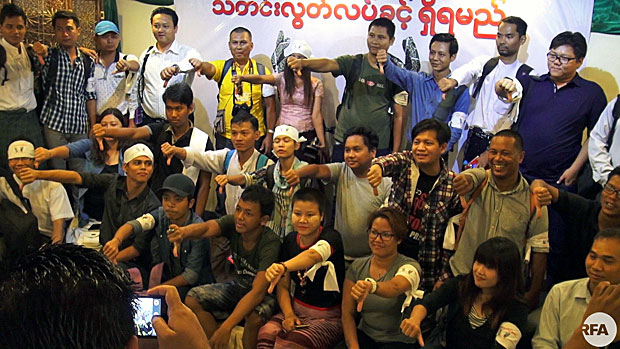 As two journalists are put on trial on Thursday on charges of defamation, more than a hundred journalists in Myanmar will go on protest against the Myanmar government’s laws that curb free speech.

The senior journalists on trial were arrested for publishing a satirical article in their journal.

The protests come after the courts took up other similar cases that breached the terms of the oppressive law. The 66(d) law prohibits the use of telecoms networks to “extort, threaten, obstruct, defame, disturb, inappropriately influence, or intimidate.”

Under the law adopted by the government of Aung San Suu Kyi, authorities have arrested journalists and social media users whose posts are found to undermine the government in power.

The protests will see journalists gathering outside the court wearing armbands reading “Freedom of the Press.”