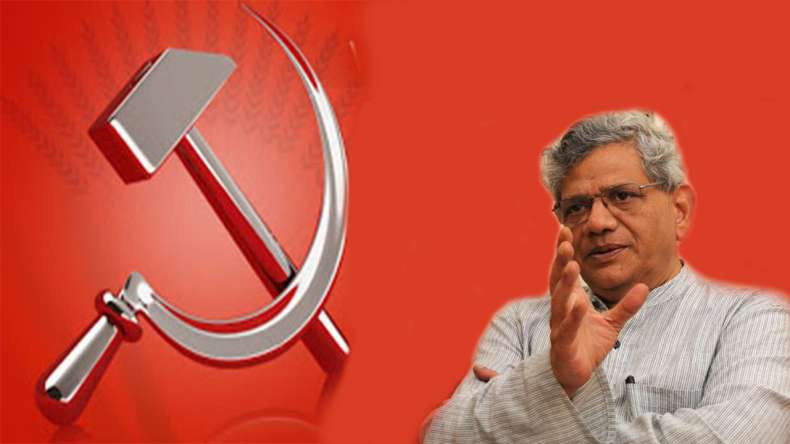 New Delhi : High drama was witnessed at CPI (M) General Secretary Sitaram Yechury‘s press conference, where two Hindu Sena activists were hauled by the police for heckling and allegedly trying to manhandle him.
The two men entered the premises of the building where the press conference was going on, and tried to barge in chanting slogans against Yechury and also shouted ‘Bharat Mata ki Jai’ slogans.

However, they were immediately brought down and carted away by the police.

Delhi police detained Upendra Kumar and Pawan Kaul at the Mandir Marg Police Station for protesting against the CPI(M) for their article against the Indian Army.

We will not be cowed down by any attempts of Sangh’s goondagardi to silence us. This is a battle for the soul of India, which we will win. https://t.co/FdPmtoq1Ky

During the press conference, which went ahead without any interference, Yechury continued to tear into the Centre over the violence in Mandsaur, Madhya Pradesh, where five protesting farmers were killed in alleged gunfire by security forces.