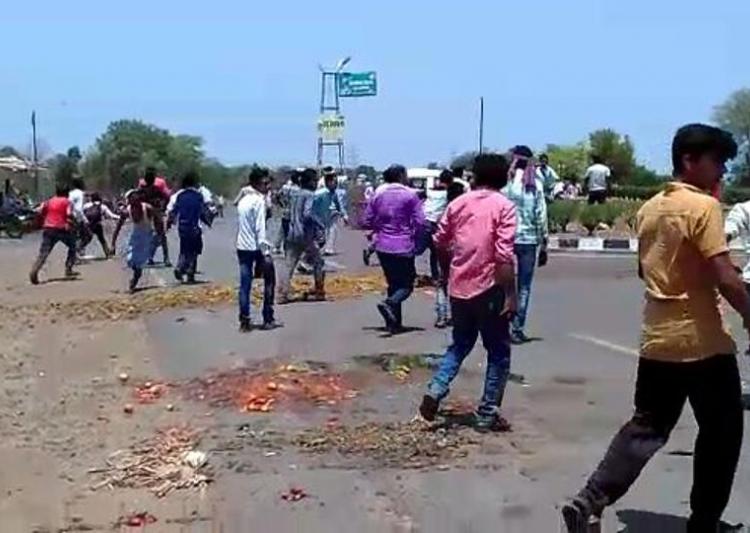 The farmer’s protest in Mandsaur, Madhya Pradesh going on against the government is a loan waiver and to set a minimum support price for their farm produce. On Wednesday, at least five people were killed and a dozen were injured when shots were fired at the protest.

The state government insisted the CRPF and the police, not to fire shots, after the firing, the survivors of the shooting and the BJP state chief denied the support of the Government and a survivor said:  “I heard gunshots and saw policemen firing at a section of protesters nearest to them,” adding that policemen beat him with lathis even as he lay bleeding.

In Bhopal, BJP state chief Nandkumar Singh Chouhan said: “Goli chali hai prashasan ki taraf se, jo meri jankari hai (Shots were fired by the administration, as far as I know).”  Accusing the Congress of instigating the violence, the CM said: “The deaths in Mandsaur are unfortunate. The demands of farmers have been met. I request them not to be misled by provocation.” Congress rejected the charge and called a statewide bandh on Wednesday. “This government is at war with the farmers of our country,” said AICC vice-president Rahul Gandhi. The Congress vice-president is expected to visit the Bandh area on Wednesday.

Riots broke out on Monday where the farmers set the vehicles on fire, also set a police check post on fire and damaged the railway tracks. On Tuesday, protesters at Piplia Toll Naka threw stones at police and torched 27 vehicles. Around noon, shots were fired, which at least killed the five of them and injured many. After that DM Swatantra K Singh ordered internet shutdown in Mandsaur.

Section 144 was set in Mandsaur and Pipliamandi, protest is intensifying despite the CM’s assurances that the government would buy onions and moong dal from farmers. The protesting farmers got into a scuffle with the district collector and SP over the delay in their visit. After which the Mandsaur collector Swantra Singh said “There was no order to open fire, I have assured them (farmers) a strict action.”

The Information and Broadcasting Minister, Venkaiah Naidu also expressed his grief over the incident  “Madhya Pradesh is an island of peace. I would tell Congress to not politicize the issue or fuel violence in the name of farmers.”