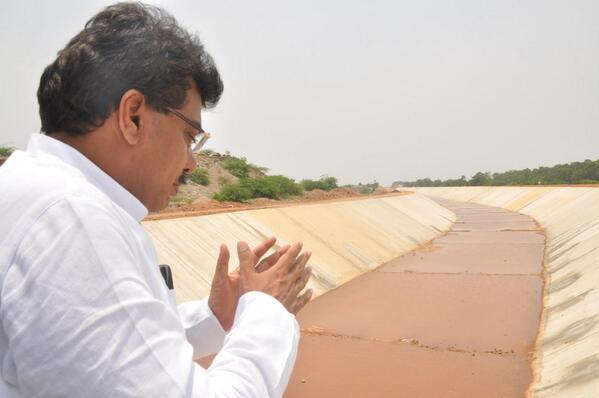 Kodagu (Karnataka): To please the god of rain for good monsoon, Karnataka Water Minister M. B. Patil on Sunday performed a special prayer here on the bank of Cauvery River.

Severely hit by the drought, the state water resources department has decided to spend Rs. 20 lakh for offering poojas to the deities this year.

“It is the duty of all of us to respect our mother, pray our mother and honour our mother. That is what we have done today because in our dharma, the Sanskriti of the nation we always say pray the god. Cauvery has blessed us since century,” Patil told the media.

The prayers were performed at two major river basins of the state.

The first of the prayers was conducted on Friday at the basin of river Krishna and second one at the Cauvery river basin.

Meanwhile, the monsoon has arrived in Kerala and other parts of India two days ahead of schedule.

As per reports, in next two days, monsoon will enter into remaining parts of India’s coastal belt including Karnataka.