Google India dedicates a doodle to veteran actress Nutan Bahl on her 81st birthday. Padma Shree awardee (1974) Nutan was one of the best actresses in Hindi Cinemas and she held the record for five Filmfare awards for best actress.

ALSO READ: Konkona debuts as director to a gushing audience

Her acting skills were appreciated by the entire Bollywood for her acclaimed movies like Anari, Karma, and Naam. Critics all over the world appreciated her acting in movies like Bandini and Sujata. 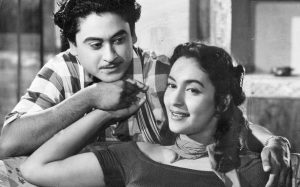 She acted in more than 70 Hindi movies in her career span of 40 years. She died at an early age of 54 from breast cancer in 1991. Her son Monish Bahl is active in Bollywood and her granddaughter is about to debut in the film industry.