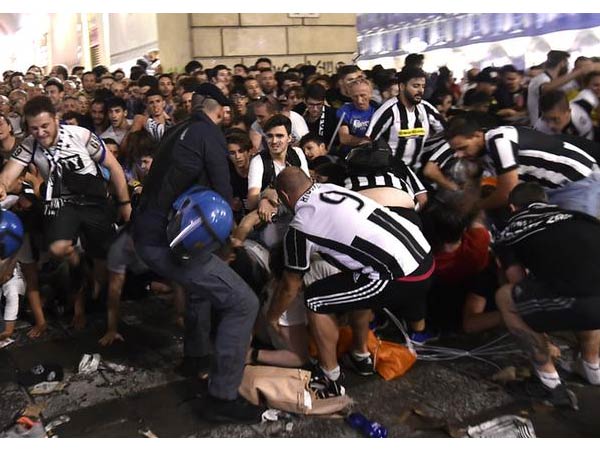 At least 1,000 people were injured, as a panicked crowd stormed through downtown Turin that had gathered at Piazza San Carlo to watch the Champions League final against Real Madrid.

Witnesses said there was a loud bang that sparked the panic.

The sound may have come from a collapsed barrier or the sound from a loud firecracker, reports said.

Other reports state that someone yelled “bomb” as a joke.

The incident occurred shortly after Real Madrid scored its third goal before winning the match 4-1.

According to reports, while most of the people affected were treated for cuts and bruises, seven had to be taken to emergency units at local hospitals.