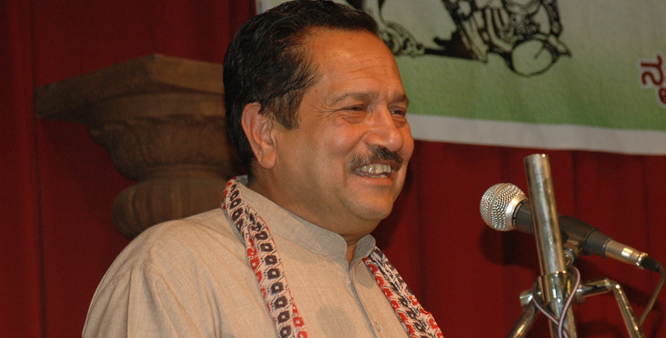 Rashtriya Swayam Sewak (RSS) leader Indresh Kumar has made a sweeping declaration and waded right into controversy, by asserting that ‘western culture’ is responsible for the evil of rape and domestic violence in India. He even went on to blame ‘western influence’ for the controversial Islamic practice of Triple Talaq besides female foeticide.

According to the reports, Kumar said “Love is pure, but the western culture has changed it into passion, which has somehow manifested into a business. The reason behind rape, divorce is this western culture. People are now expressing their love in the form of Valentine’s Day openly. This is what is responsible for the increasing cases of triple talaq, rape, domestic violence, killing female foeticide, etc.”

Reportedly, during addressing the RSS volunteers on the completion of a training programme, Kumar yesterday said that love holds “purity” and “piousness” in India, but the western culture has commercialised it and has given birth to Valentine day. Earlier, Kumar made headlines for saying that those who participate in ‘beef fests’ should mend their ways as they are bringing “shame to the country” by indulging in an act which is “against humanity”.

“Those who are doing this (beef fests) are just a few among the population of 121 crore. They do not represent the opinion of the nation. Their act and those who support it are evils and against humanity. It is better that they should change their ways,” he said.