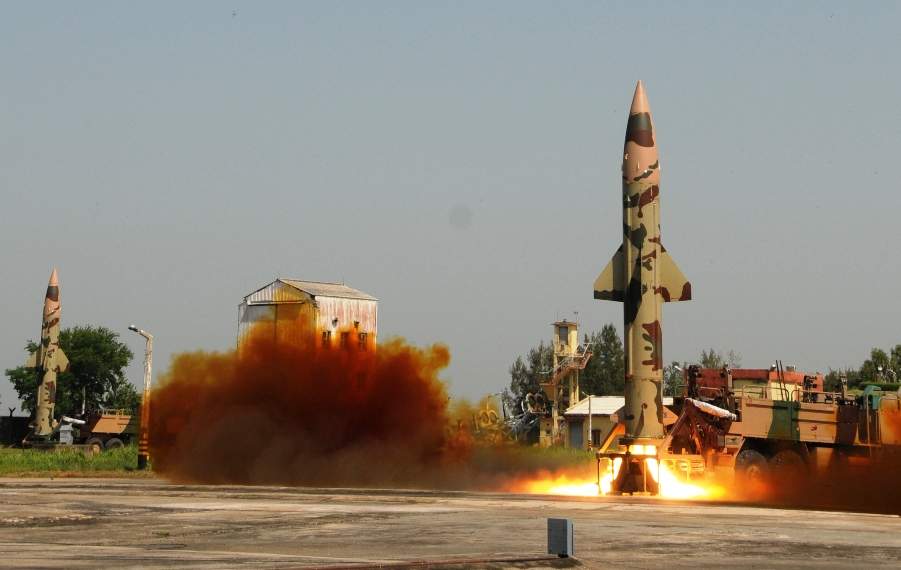 The Prithvi-II missile is capable of carrying 500 kg to 1000 kg warheads. The missile was inducted into the Indian armed forces in 2003 and was developed under DRDO’s Integrated Guided Missile Development Program. The missile uses an advanced inertial guidance system with maneuvering technology to allow the missile to strike the target with precision.

As part of the training exercise, the missile was randomly chosen from the production stock. The launch procedures were carried out by a specially formed strategic force command (SFC) and were monitored by Defence Research and Development Organisation (DRDO) scientists.