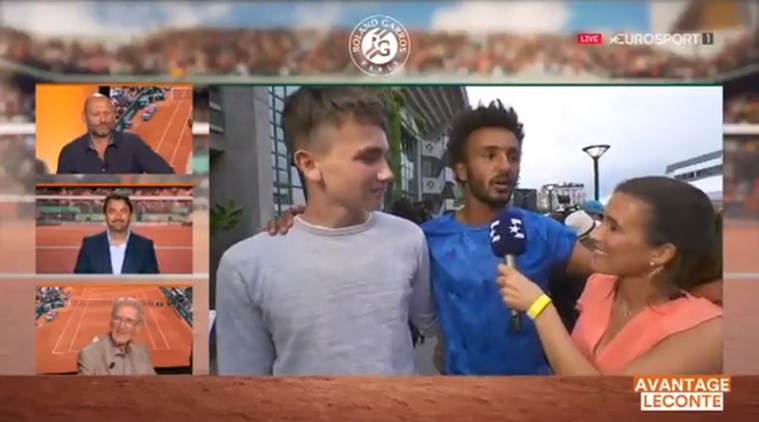 Johannesburg: French tennis player Maxime Hamou has been banned by the French Open organisers after he tried to kiss a television reporter against her will during a live broadcast at Roland Garros.

The incident took place when Hamou grabbed journalist Maly Thomas—who was interviewing him following his first round defeat on Monday—while holding her around her neck and shoulders, despite her efforts to duck away.

Subsequently, the 21-year-old tennis player was banished from the Roland Garros site by organisers for his “reprehensible behaviour”.

“The tournament directors have decided to cancel the accreditation of Maxime Hamou following his reprehensible behaviour with a journalist on Monday,” Media sources quoted Roland Garros as saying in a statement.

Meanwhile, the journalist said that if she wouldn’t have been live on air, she would have punished Hamou.

“It was frankly unpleasant. If it hadn’t been live on air, I would have punched him,” said Thomas.

The incident reminded off last year’s incident when swashbuckling West Indies cricketer Chris Gayle drew flak for asking a TV reporter for a date in a live interview in the Big Bash League (BBL).

The 36-year-old was fined USD 7,500 and was censured heavily by former cricketers for leaving the reporter angry and embarrassed after he asked her out on a date during a broadcast interview before adding the ‘Don’t blush baby’ remark.

He had told the reporter,”Your eyes are beautiful, hopefully we can win this game and then we can have a drink after as well. Don’t blush, baby.”