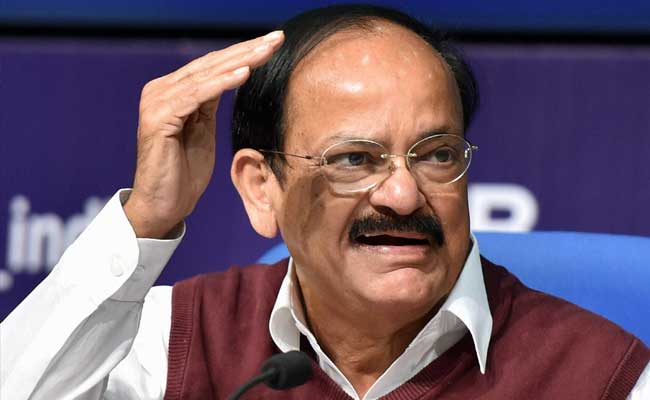 New Delhi: Defending the government over banning the sale of cattle for slaughter across the country’s livestock markets, Union Minister M. Venkaiah Naidu on Tuesday informed that the rules on preventing animals were notified on the 23rd of this month.

Naidu further tweeted that matters relating on the preventing of animals were raised in different quarters.

“Subsequently, some issues were raised in different quarters. These issues will be duly examined by the Government,” said Naidu.

“Those sitting in Nagpur and Delhi cannot decide the food habits of Malayalis,” he said.

Protesting against Centre’s new norm, Students’ Federation of India (SFI) organized a beef festival earlier on May 27 in Kerala by eating beef outside University College, Trivandrum.

Minister for Environment, Forest and Climate Change Harsh Vardhan had on Friday ordered that the ministry has notified the Prevention of Cruelty to Animals (Regulation of Livestock Markets) Rules, 2017 to ensure that the sale of cattle is not meant for slaughter purposes.

He said the seller and buyer both have to ensure that the cattle is not being bought or sold in the market for slaughter purposes.