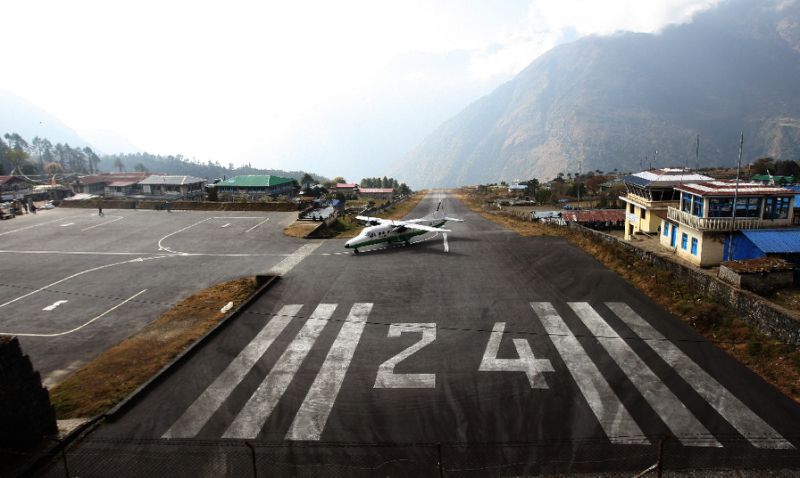 A person was killed and two others suffered serious injuries after the Nepal Army’s cargo plane crash landed in Bajura district on Tuesday. Captain Kailash Gurung of the crashed NA- 048 Skytruck plane succumbed to death, while co- pilot Purna Bahadur Khadka and Air Hostess Anita Ale are undergoing treatment, the Nepal Army in Nepalgunj has confirmed.

ALSO READ: After Germany, PM Modi to visit Spain next

The army’s Skytruck took off from Simikot of Humla district with food essentials belonging to the Nepal Food Corporation. The plane was subsequently diverted to Bajura’s Kolti after failing to land there.

According to the reports CDO of Bajura, Mr. Devendra Lamichhane said “The plane veered off the runway and reached the nearby field. Break fail has been reported and we have successfully rescued two of the people inside the sky truck of Nepal Army. We are cutting off the door to rescue another,”

ALSO READ: Suffering from insomnia? Ditch the pills and exercise

Later, the army and the locals were successful in bringing the flames around the aircraft under control. Bajura’s headquarters Martadi lies some 950-kilometers from capital Kathmandu.