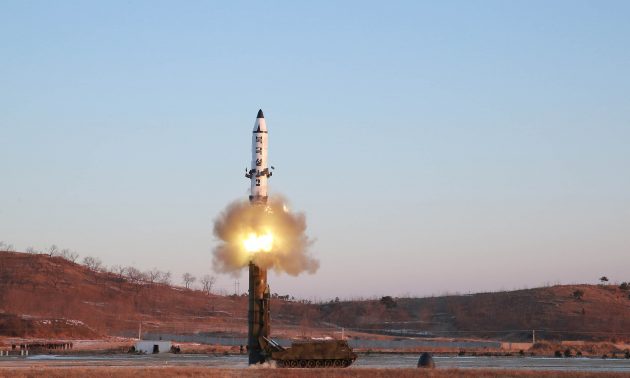 On Monday, North Korea conducted a short range ballistic missile test, further aggravating a tense environment in the Asian region. The Scud-class missile flew 450 km before crashing in the Sea of Japan.

Monday’s launch follows two successive missile tests which showcased Pyongyang’s medium and long range missile capabilities. The long range ICBM has been developed by North Korea with mainland US being a clear target while the medium range missiles are targeted towards the US’ allies in the region.

North Korea faces tremendous international pressure and also increased sanctions against the nation. The missile tests are being seen as Pyongyang’s attempt to project its military prowess in the region and to pressure South Korea to change its policy towards the North.

Japan and South Korea, the US’ closest allies in Asia, are worried about North Korea’s displays of aggression as both nations are likely targets for Pyongyang’s attack.