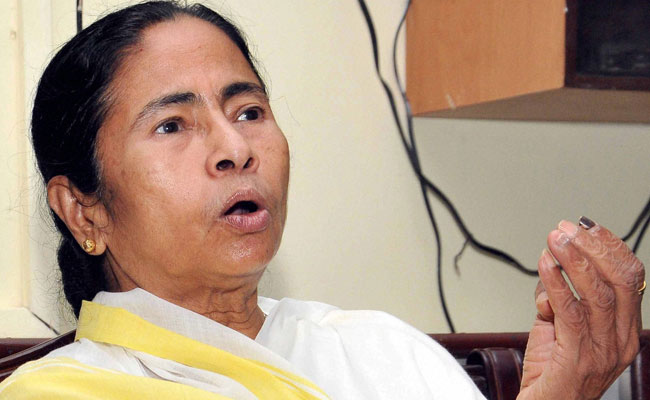 Kolkata : Training her guns on the Centre for banning the sale of cattle for slaughter across the country’s livestock markets, West Bengal Chief Minister Mamata Banerjee on Monday asserted that the decision was unconstitutional.

“We won’t accept the Centre’s decision. It is unconstitutional and we will challenge it legally. We are not bound to abide by the Centre’s new decision. This is a subject on the concurrent list. How can they bulldoze? Who are they to decide who will eat what and who will wear what?” Banerjee said at a press conference at the state secretariat here.

Further lashing out at the Centre, Banerjee stated that the ban is a deliberate attempt to encroach on the state government’s powers.

“I would work towards building a consensus on the issue among the opposition parties around the country. As all secular parties are against this decision,” Banerjee said.

The Chief Minister is not the only opposition to criticise the Centre’s decision. The Left Government in Kerala has already rejected the Union government’s move describing it as “fascist”.

ALSO READ: Here’s what people from across the globe thinks about our PM

Kerala Chief Minister Pinyari Vijayan yesterday said that the people in his state do not need a lesson on food habits from New Delhi or Nagpur.

“The state government will give all facilities to people to have food of their choice. There is no need for Keralites to learn it from anybody in New Delhi or Nagpur (headquarters of RSS),” Vijayan said.

Last week Kerala agriculture minister V.S. Sunil Kumar said, “We will not allow the (central) government to enforce fascist policies of the RSS and other fringe outfits. Let it issue many such notifications, we will not follow them”.

Incidentally, Mamata has been criticising the Centre’s decision to ban cow slaughter for a number of months.