11 lightning rain-related deaths in Bihar and other parts of country | Newsmobile
Thursday, August 18, 2022 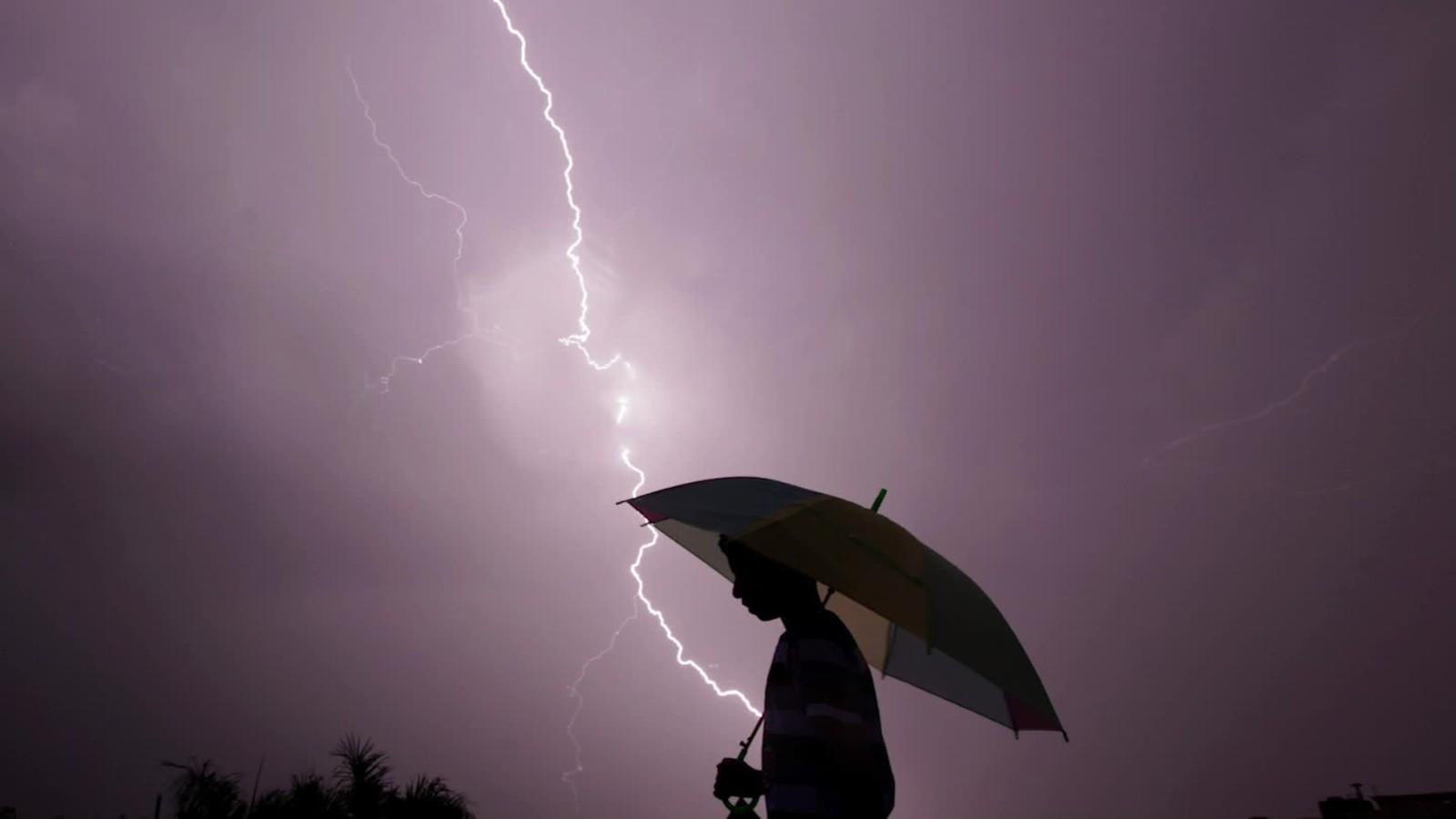 At least 11 people died in lightning and rain-related incidents in Bihar today, even as hot weather conditions continued in many parts of the country and heat-related toll in Odisha climbed to 12.

However, in a good news, the onset of the southwest monsoon is likely to advance due to a deep depression over the Bay of Bengal. The MeT department said that rains were likely to begin in Kerala by May 30-31, marking the onset of monsoon in the country.

In parts of the national capital, the mercury was below the 40-degree mark with some areas in the city witnessing rainfall.

In Bihar, at least 11 people, including eight women, were killed in separate lightning and rain-related incidents.

Five persons, including four women, were killed when lightning struck them in East Champaran district.

In West Champaran district, six persons, including four women, were killed in various incidents of wall collapse during a storm in that area.

Meanwhile, sunstroke toll climbed to 12 in Odisha even as rains triggered by the depression over the Bay of Bengal and a nor’wester in some areas brought respite from scorching heat.

Two more deaths were reported in Sambalpur and Bargarh district since yesterday.

With this, four heat-related deaths have been reported from Sambalpur, while three deaths each took place in Angul and Bargarh districts and one each in Balangir and Bhadrak, the office of the Special Relief Commissioner (SRC) said.

The mercury breached the 40-degree mark in only four places in the state. Angul was the hottest place, recording a maximum of 42.1 degrees Celsius while Hirakud registered a high of 40.8 degrees Celsius.

Heatwave continued unbated in Haryana and Punjab with Hisar being the hottest place in the two states, recording a maximum of 43.2 degrees Celsius.

Rajasthan too reeled under hot weather conditions with the mercury settling above the 43-degree mark in most parts of the state. However, maximum temperatures saw a dip by one to two degrees in comparison to yesterday.