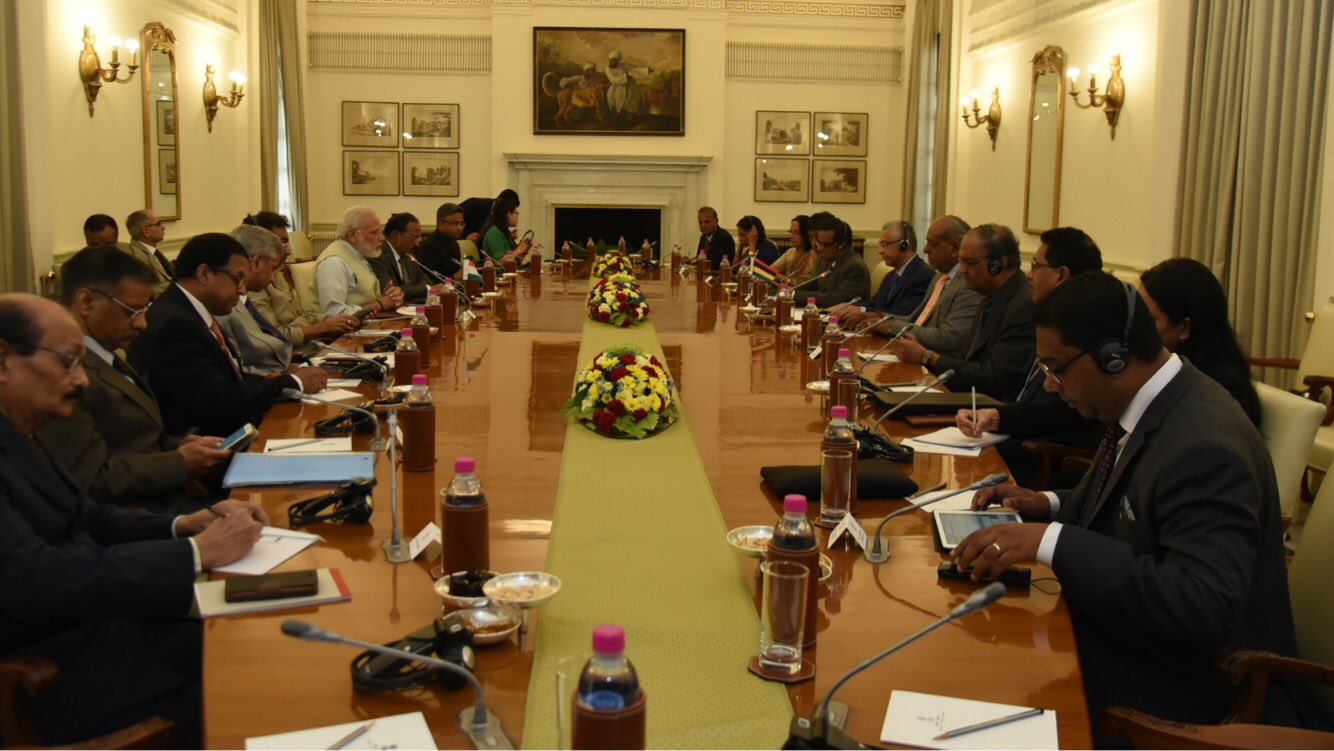 India today announced a USD 500 million line of credit to Mauritius as the two countries resolved to deepen ties in a range of areas including the maritime domain.

In a statement, Modi said he and Jugnauth agreed that effective management of conventional and non-conventional threats in the Indian Ocean is essential to pursue economic opportunities.

The bilateral maritime accord will strengthen mutual cooperation and capacities, he said.

A total of four agreements were signed after the talks between the two leaders.

“The agreement today on the USD 500 million line of credit to Mauritius is a good example of our strong and continuing commitment to the development of Mauritius,” the prime minister said.

The two countries also decided to ramp up cooperation in a number of areas including trade and investment.

“India is proud to participate actively in the ongoing development activities in Mauritius,” Modi said.