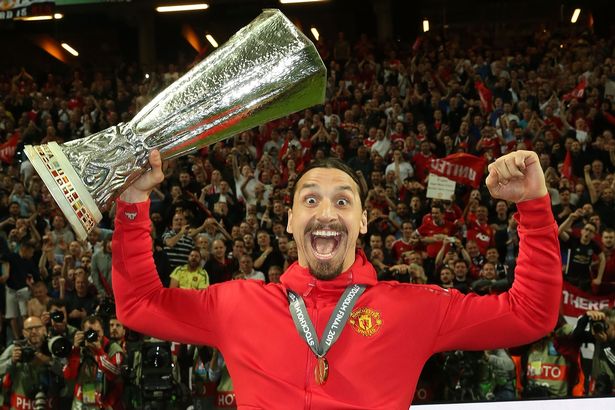 Zlatan Ibrahimovic, the injured Man Utd star was more than present at the Europa League Final in Stockholm. He entered the arena just the way he likes to do things… Zlatan Style. 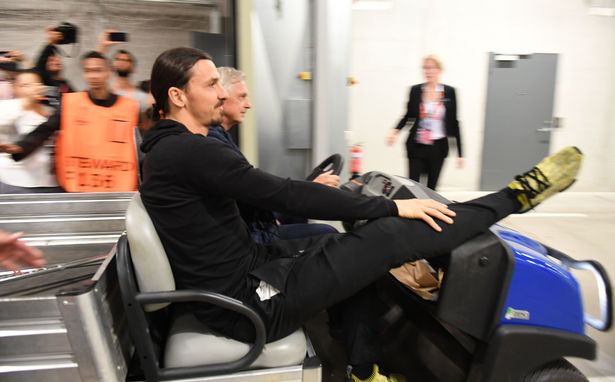 Man Utd secured a well-deserved victory, all thanks to Paul Pogba deflected shot and Mkhitaryan’s hook from the corner.

But it was Zlatan who stole the show in the post-match celebrations.  He led the Man Utd lineup for the medal awarding ceremony. 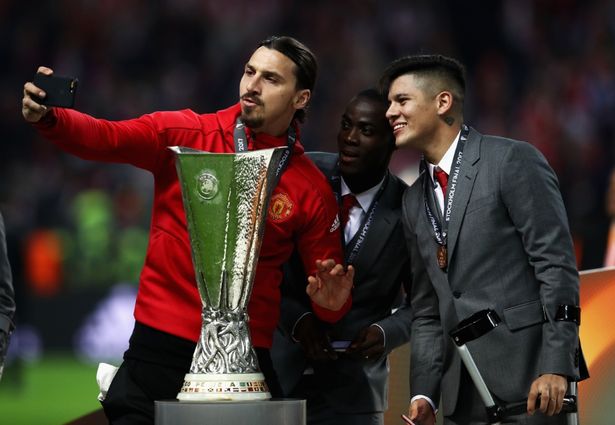 And then, he was the first to pose for a selfie with the UEFA Europa League Trophy, as his teammates were still collecting their medals. 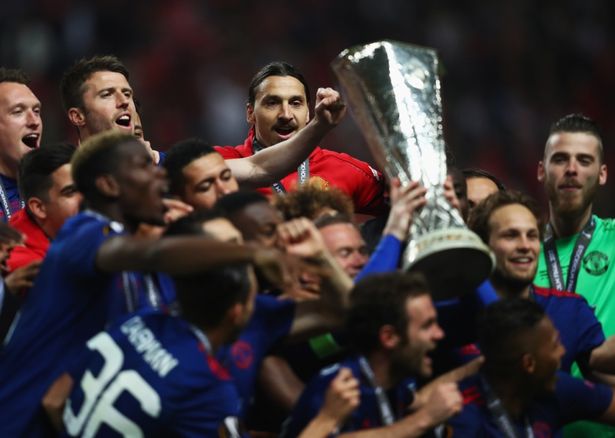 As the trophy was lifted and Man Utd began their celebrations, he made sure he was seen. Moreover, he posed with the “Crutches Brigade” i.e. the injured Man Utd’s players. 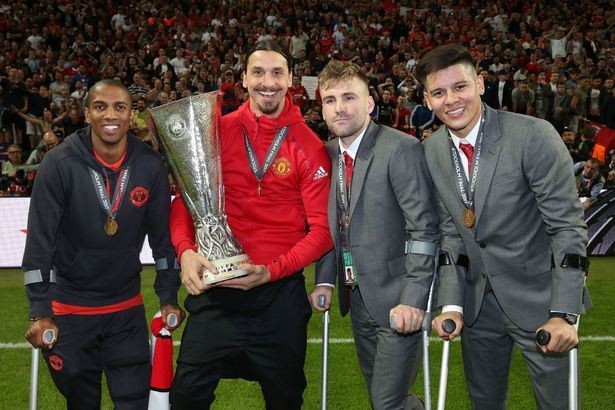 The best and the funniest moment was saved for the last by Zlatan, who spotted a banner and he liked the sarcasm of it so much that he actually asked the photographers to take his picture with the banner that read, 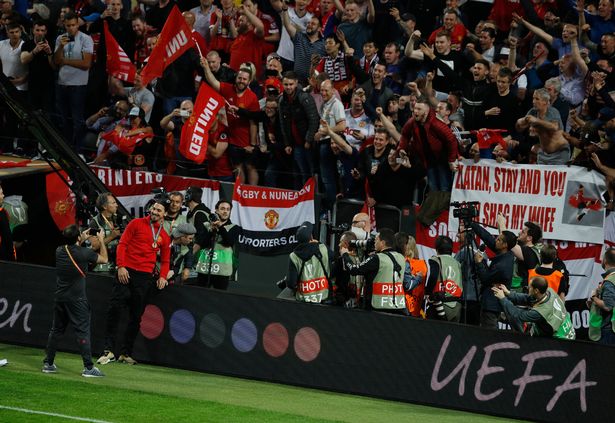 “Zlatan, Stay and you can SH*G  my wife” 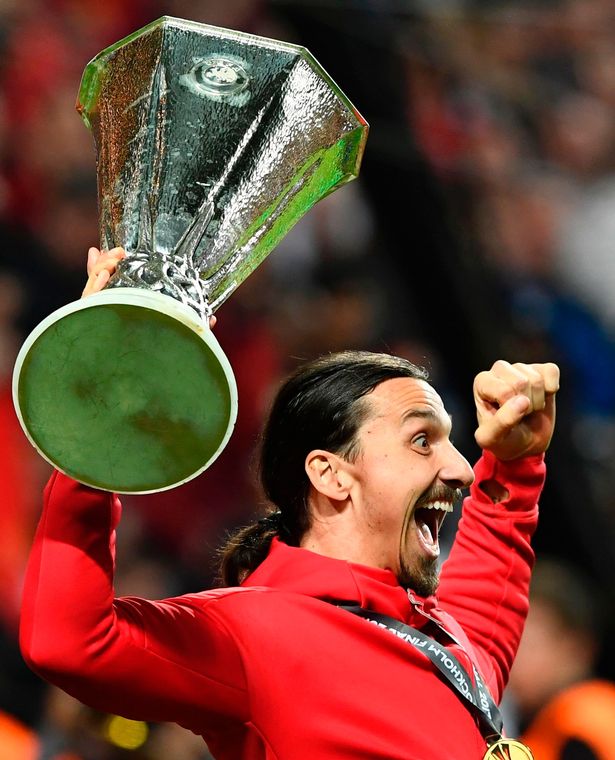 He was super excited lifting the trophy he contributed a lot for. 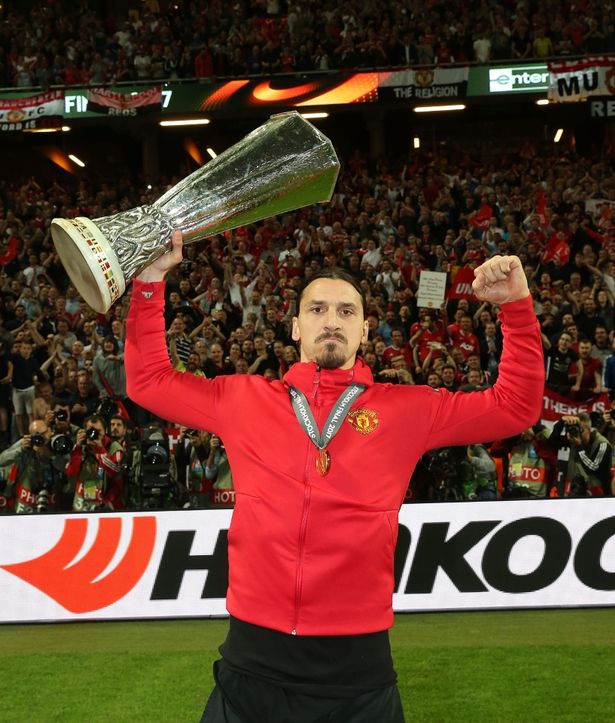 And pretty serious too.

Later on, he said that he will be back in a few weeks! But will he play again for Man Utd now that they are in the Champions League next season? No specific answers were given by the Swede. 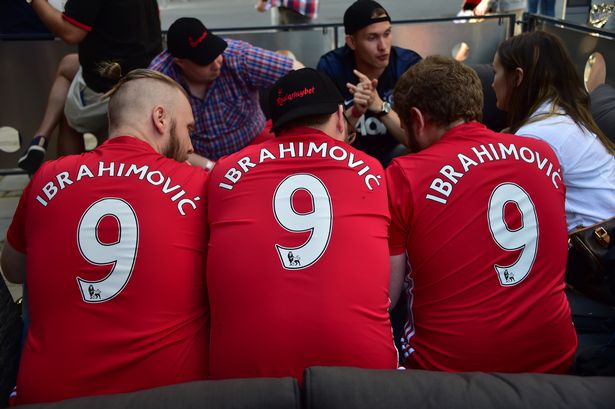 No doubt the fans adore him and are eagerly waiting for his return as a Man Utd star Striker.

As if it was not enough already he posted this pic on his Instagram page, to which a fan replied,”Europa League won Zlatan”