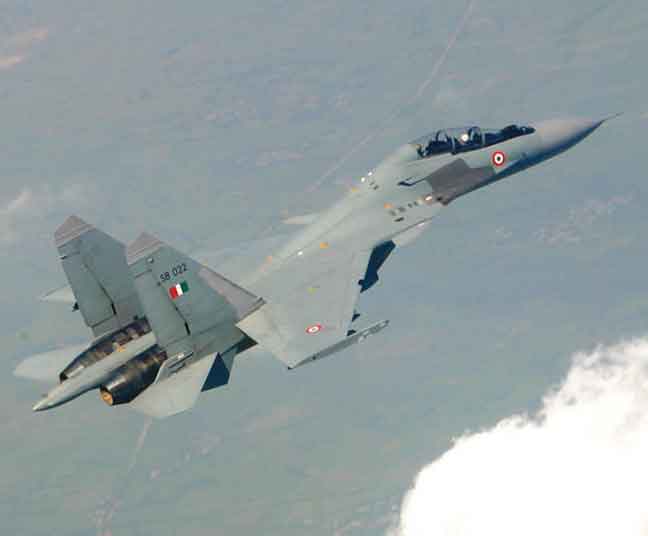 Tejpur (Assam): An Indian Air Force (IAF) Sukhoi-30 aircraft, which was on a routine training, went missing today from North of Tejpur in Assam.

According to reports, the aircraft airborne from Tejpur Air Base, lost radar and radio contact approximately 60 Km North of Tejpur.

The aircraft is overdue and actions have been initiated.

A massive search operation has also been launched to track down the missing aircraft.