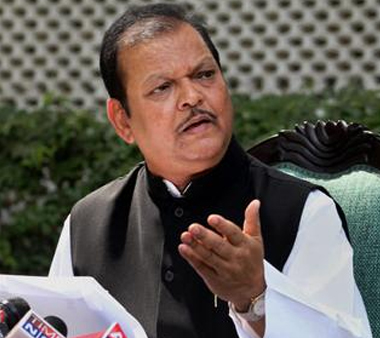 “The Army officials are also getting influenced by the working pattern of the Modi government. Modi government should not introduce the element of politics in the Indian Army,”

Asserting that Prime Minister Modi is using the Army for his own shelter, Sahay further said that Gogoi should not have been given administrative recognition when the Court of Inquiry against him was already underway.

Major Gogoi, the Army officer who tied a man to the bonnet of a jeep as a ‘human shield’ against a stone-pelting mob in Jammu and Kashmir, has been awarded by Chief of Army Staff’s (COAS) Commendation Card for his sustained distinguished service till now in counter-insurgency operations in the state.

He has been performing his counter-insurgency duties for more than a year with the 53 Rashtriya Rifles Battalion in Jammu and Kashmir.

Gogoi belongs to the Army Supply Corps of the Indian Army.

The officer was awarded by Army chief General Bipin Rawat during his recent visit to Jammu and Kashmir.

The Court of Inquiry regarding April 9 incident is under finalisation.