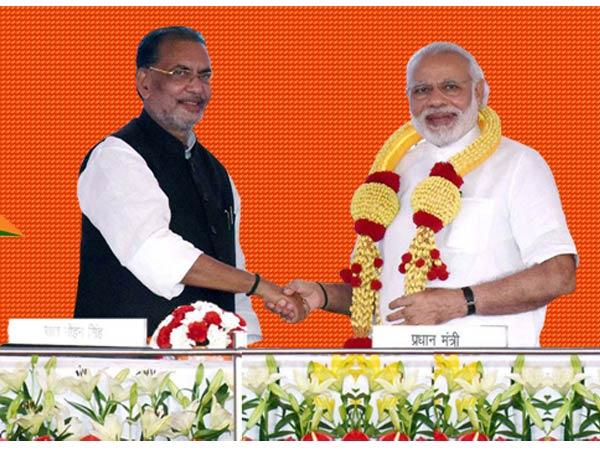 New Delhi: There are many areas in the country where the debt-ridden farmers continue to commit suicides. Though the Opposition parties target Modi government over the issue, but the Centre maintains that the dilapidated condition of the farmers was ‘handiwork’ of previous governments and it was not possible to change the fortunes of the farmers overnight. However, after assuming the power in 2014, Modi government started implementing its policies for the agriculture sector.

Enthused by the positive results, the Ministry of Agriculture & Farmers Welfare is working to double farmers’ income by 2022, a goal set by Prime Minister Modi.

The Ministry of Agriculture records show that the annual growth rate of agriculture and allied sectors have been 4.4 per cent this year and the food grain production during the year 2016-17 has broken all the previous records. According to 3rd advance estimate for 2016-17, the total food grain production is estimated to be 273.38 million tonnes which are 8.67 percent higher than that of the year 2015-16.

Under Pradhan Mantri Krishi Sinchai Yojana, a record coverage of 8 lakh 40 thousand hectares has been brought under micro irrigation during the year 2016-17.

Agriculture Minister Radha Mohan Singh says that this result is the outcome of the increased fund allotment for the agriculture sector by Modi government and the proper utilisation of funds by the agriculture ministry.

Keeping the welfare of the agriculture sector and farmers in mind, Modi government is increasing the budget every year.