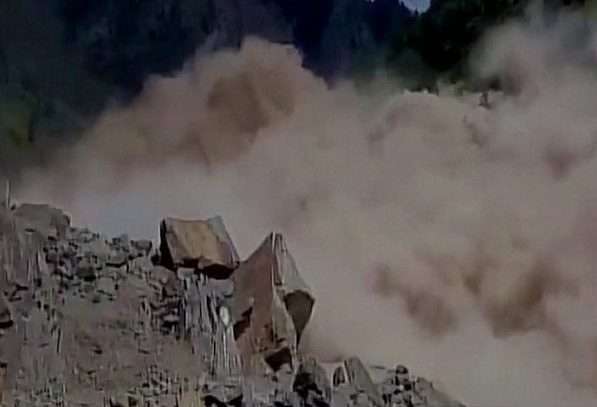 The death toll of ‘Char Dham’ pilgrims caught in the massive landslide in Uttarakhand has now gone up to 13.

The Border Road Organisation (BRO) which cleared the debris informed that the number of dead has reached 13 from the time the journey started on, April 28.

Most of the pilgrims died while on Yamunotri yatra, and two in Badrinath and Kedarnath.

Officials said, the pilgrimage has been temporarily stopped and the people – including women and children have been asked to take shelter at the major halts enroute. Officials say an estimated 15,000 people are stranded on both sides of the landslide spot.

Piyoosh Rautela, executive director of the Uttarakhand Disaster Mitigation and Management Centre said BRO is expected to clear the debris completely. The yatra will continue till end-June.

The Rishikesh-Badrinath National Highway that was shut near Vishnuprayag in Uttarakhand’s Chamoli has been re-opened. SP Chamoli Tripti Bhatt informed, ”Badrinath Highway near Hathi parbat which was shut due to landslide is now open.”

Earlier, Maharashtra’s Minister of Relief and Rehabilitation, Chandrakant Patil informed that hundreds of Char Dham pilgrims stranded in Uttarakhand have been rescued.

He said, “The state government has taken all necessary precautions. The state’s department of disaster management immediately came into action. We contacted the tour operators and figured out that 102 pilgrims from Maharashtra were stranded who have been rescued now and have been accommodated in different hotels.”

“By noon all roads will be cleared, and by evening, all pilgrims will be made to board trains to their respective home stations. We have reached out to the railway authorities so that none miss their train,” Patil added.

A landslide blocked part of the road leading up from Joshimath to Badrinath in Chamoli district of Uttarakhand till two days back.