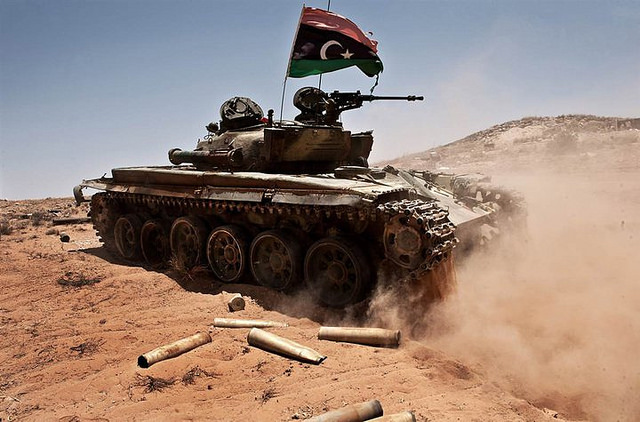 At least 141 people, including civilians, were killed in an attack on Brak al-Shati airbase in Libya. The airbase was used by Libya’s Field Marshal Khalifa Haftar’s self-proclaimed Libyan National Army (LNA).

The attack was reportedly launched by the Third Force militia, of the UN-backed Government of National Accord (GNA) in Tripoli. LNA spokesperson informed that the soldiers killed in the attack were unarmed and were executed while returning from a military parade.

The Government of National Accord has released a statement condemning the attack and informing that a commission of inquiry has been set up to investigate the matter.

The GNA has also suspended defence minister, al-Mahdi al-Barghati, and the head of the Third Force until the investigation is complete.

The attack follows a month after the LNA attacked the Tamenhant airbase controlled by the Third Force.

Libya has suffered unrest since Muammar Gaddafi’s assassination as rival militias and authorities collided vying for the country’s control.