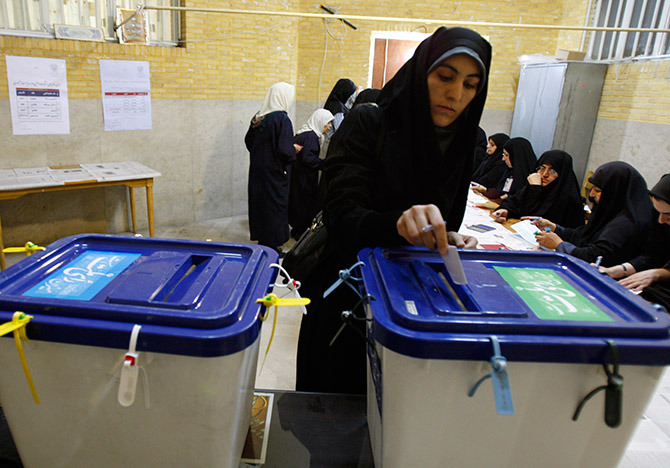 Iranians will cast their votes on May 19 to elect their 12th President. The result of the election will have a significant impact on Iran’s international ties and foreign policy.

Current president, Hassan Rouhani and hardliner Ebrahim Raisi are the two main contenders contesting in the election with a total of six candidates in the running.

The candidacy of current president, Hassan Rouhani will depend on the Iranian people’s confidence in his ability to revive the stalled economy as well as his administration’s role in securing the Iranian nuclear deal.

Ebrahim Raeisi, main competitor, is a hardline cleric and judge. His candidacy has reignited the controversy regarding his role in the 1988 mass execution of thousands of prisoners. He has the backing of Iran’s supreme leader Ayatollah Ali Khomeini and has pledged to support the poor with monthly cash payments.

The Trump administration has signaled that it would continue the Iran nuclear deal made under the Barack Obama administration for the meantime as the U.S. is still forming a new comprehensive Iran policy.