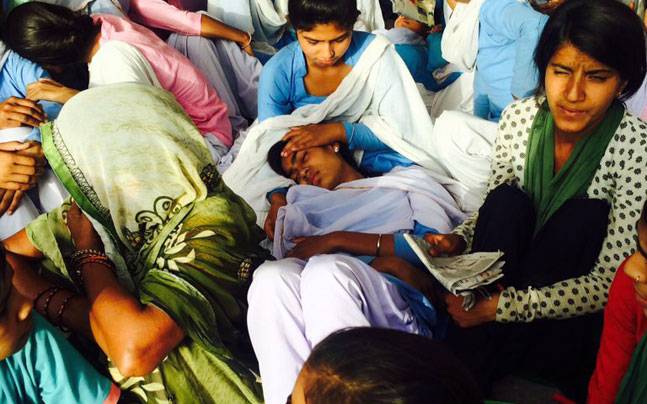 Chandigarh: Forced to act following the massive agitation by school girls in Rewari, the Haryana Government on Wednesday announced that they have taken the decision to up-grade the school.

Talking to media over here, Haryana Education Minister Ram Bilas Sharma said that a principal has been appointed who will take care of admissions.

“We have upgraded the school. We have also deputed a principal there who will commence the admission procedure from tomorrow,” said Sharma.

Fearing harassment, a group of female students of a government high school in Haryana’s Rewari has been sitting on a hunger strike for five consecutive days, demanding upgradation of their school.

The girls said that they would be molested if they travel to a senior secondary school located in a different village for higher studies.

The district education authorities said that they would put the demand of the girls before the higher officials and would also seek Education minister’s intervention.

The protesting girls said that they would not stop until the government accepted their demand.

Earlier in the day, around 10 girls were taken to the hospital as they fell unconscious during their hunger strike.