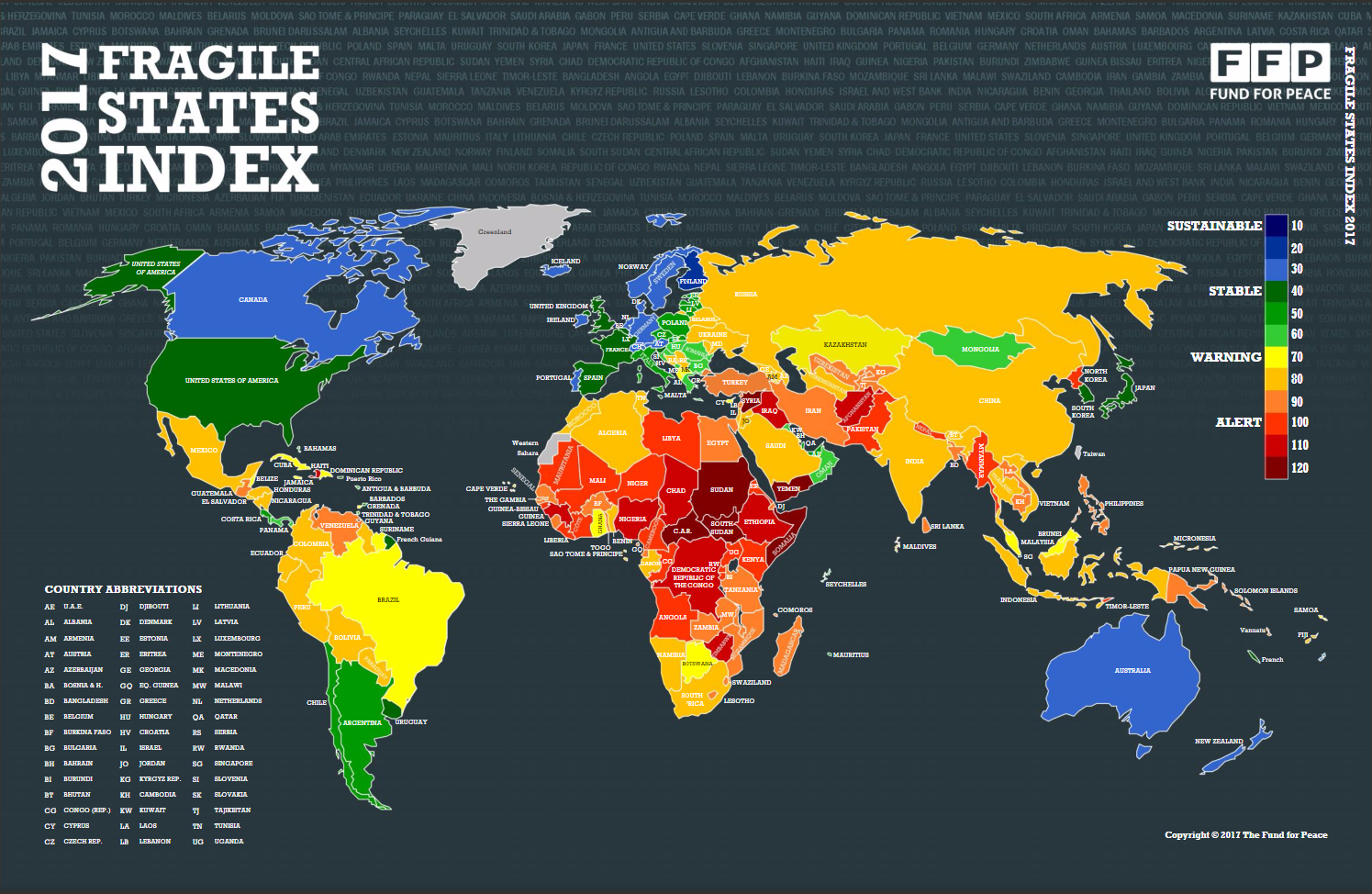 Fund for Peace, a US non-profit, non-governmental research institution has recently published its annual Fragile States Index report. The report provides an insight into the state of the world and its overall improvement or deterioration in the last year.

For the year 2016-17, the report shows a general trend towards improvement. Notable downward trends in the report are United States and United Kingdom which dropped positions due to political divisions in both nations. Donald Trump’s election as President of the US and the UK’s Brexit move were the primary causes for their decline.

Other nations that saw a decline in position were Turkey, Brazil, South Africa, Mexico, and Ethiopia. India saw an improvement in its stability rating from last year’s report. The report provides an in-depth analysis of the factors that contribute to the stability of a nation by looking at 12 economic, social, and political indicators.