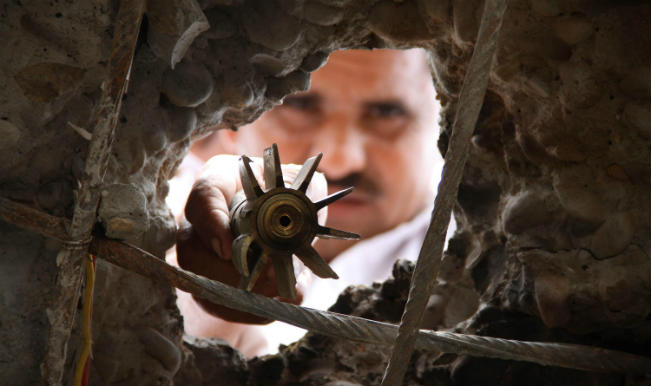 Jammu: Pakistan on Wednesday resorted to shelling and firing for the fourth consecutive day on forward posts and civilian areas along the LoC in Jammu and Kashmir’s Rajouri district even as nearly 1,700 people have been evacuated from shelling-hit areas.

The firing and shelling has affected over 10,000 people.

On May 13, Pakistani troops had pounded civilian areas and forward posts in Nowshera area with mortars, killing two civilians and injuring three.

Pakistan has resorted to firing and shelling along LoC and International Border (IB) in Rajouri and Jammu districts for the past one week since May 10, when troops shelling Nowshera and killed a woman and injured two persons including her husband.

“The Indian Army posts are retaliating strongly and effectively and firing is presently on,” he said.

Yesterday during the day, Pakistani troops resorted to fresh ceasefire violation along LoC in Nowshera sector, he said.

Choudhary said four villages in Nowshera have come under small arms fire from across the LoC.

The DC confirmed that damage assessment teams were withdrawn at 5.30 PM after intermittent small arms firing by Pakistan.

Nearly 1,700 people have already been evacuated from LoC hamlets hit by shelling from Pakistan and shifted to relief camps, he added.

At least one incident of ceasefire violation by Pakistan took place daily along the LoC in Jammu and Kashmir in 2015 and 2016 in which 23 security personnel lost their lives, the home ministry has said in an RTI reply.

According to the reply, Pakistan breached the truce along the Line of Control 449 times in 2016 as compared to 405 violations in 2015.