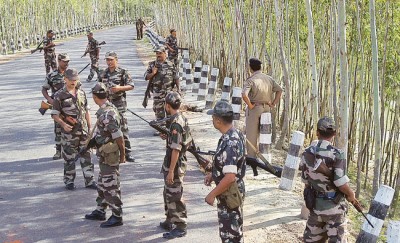 Sukma: Sukma Superintendent of Police Abhishek Meena on Wednesday said the arrest of eight Naxalites from Chhattisgarh’s Chintalnar and Chintagufa areas was made possible with the help of former Naxalite Podiam Panda.

“He (Panda) revealed information about some Naxals living in the villages and yesterday, eight people were arrested. Many more arrests will take place,” Meena said.

Panda had surrendered before the police a week ago, but, his identity was kept a secret to prevent death threats, added Meena.

Meena said Panda also revealed the existence of a nexus between the Naxals and politicians in New Delhi.

Panda also revealed the existence of a ‘shehri (urban) network’ wherein politicians in New Delhi and businessmen have been helping the Naxals. Mena said the information is being verified.