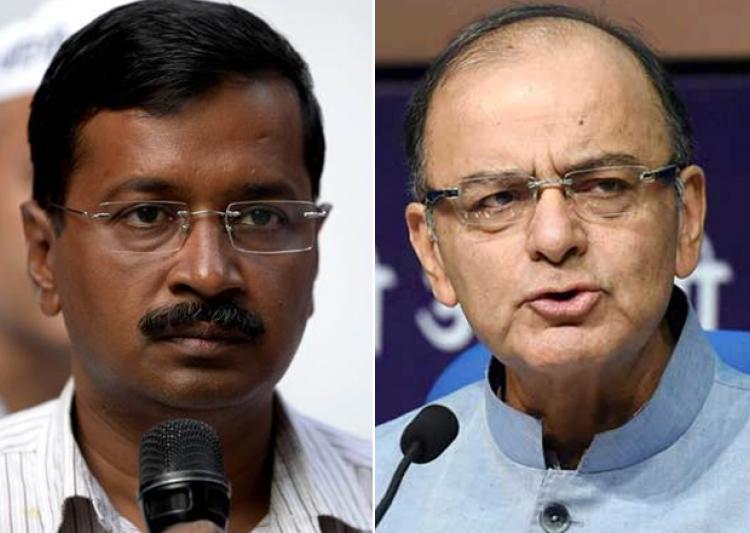 New Delhi: The hearing in the Delhi and District Cricket Association (DDCA) defamation case filed by Union Finance Minister Arun Jaitley against Delhi Chief Minister Arvind Kejriwal and other leaders of the Aam Aadmi Party (AAP) is listed for July 28 and 31 in the Delhi High Court today.

Earlier on Monday, the Finance Minister was subjected to two hours of questioning and a total of 42 questions were put to Jaitley by Senior advocate Ram Jethmalani, who is the counsel for the Delhi Chief Minister.

During the previous hearings, Jaitley explained why he decided to sue Kejriwal and not the others who also had targeted him.

“Mr Kejriwal has committed a serious act of libel and malicious also, by alleging that my wife and daughter are linked to fake companies. It was not only false, but, taking public discourse to a very low level,” he said.

“Many people on the social media make irresponsible statements about the people in public life, but, when a chief minister endorses them, it becomes a grave and serious matter. Even false allegations gain credibility. Repetition of libelous statement gives me a cause of action against the person particularly if he has stature, to take action against the justified person,” he added.

Connecting lack of reputation with the BJP minister’s defeat in the 2014 Lok Sabha elections, Jethmalani asked whether that was the first time he was putting his reputation at test in a democracy.

Jaitley responded by saying that the result is an outcome of “several factors in the constituency and not merely a test of a candidate’s reputation.”

Jethmalani further went on to ask Jaitley if he had some personal enmity with former cricketer Bishan Singh Bedi to which he replied, “I have no personal animosity against Bishan Bedi, but, I cannot say whether he has any animosity against me.”

While refuting the allegations of financial bungling in DDCA, Jaitley reiterated, “This letter (by Bishan Bedi) was written in 2015, even though I had ceased to be the president of DDCA in 2013. I strongly deny the contents of this letter in so far as they pertain to me.”

In the previous hearing, Jaitley had reiterated his stand on the defamation suit and said Kejriwal and others made defamatory statements to deflect attention from the raids carried out by the Central Bureau of Investigation (CBI) at the office of his secretary.

When asked if he was aware that the Delhi Government was contemplating the appointment of a commission of inquiry in respect of some matters connected with the DDCA, Jaitley said he had left the president-ship of the DDCA in 2013 and had no interest in the activities of this association thereafter.

Jaitley had filed the defamation suit seeking Rs 10 crore in damages after Kejriwal and five AAP leaders accused him of alleged irregularities and financial bungling in the DDCA , of which Jaitley was the president for about 13 years until 2013.