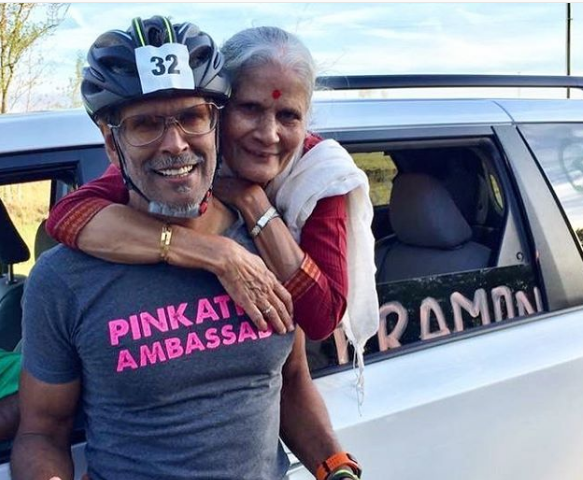 Milind Soman is considered as an epitome of fitness with his recent adventures like ‘Iron Man’ challenge which is said to be the toughest fitness challenge in the world.

He is a role model to many, but it looks like his gene is directly inherited from his mother, Usha Soman. Usha Suman at the age of 77,  she looks incredibly fit while performing a plank challenge on the occasion of mothers day and she looks rock steady while performing the challenge.

1min 20sec plank for Mother’s day! Not her personal best but good all the same 🙂 #live2inspire #Nextispushups #78 #UshaSoman #NeverGiveUp #KeepMoving

Milind Soman shared the Video on instagram and said “1min 20sec plank for Mother’s day! Not her personal best but good all the same”.

This is not the first time that his mother proved her fitness. She joined Milind Soman for several running sessions, displaying her level of fitness and becoming an absolute inspiration for others.