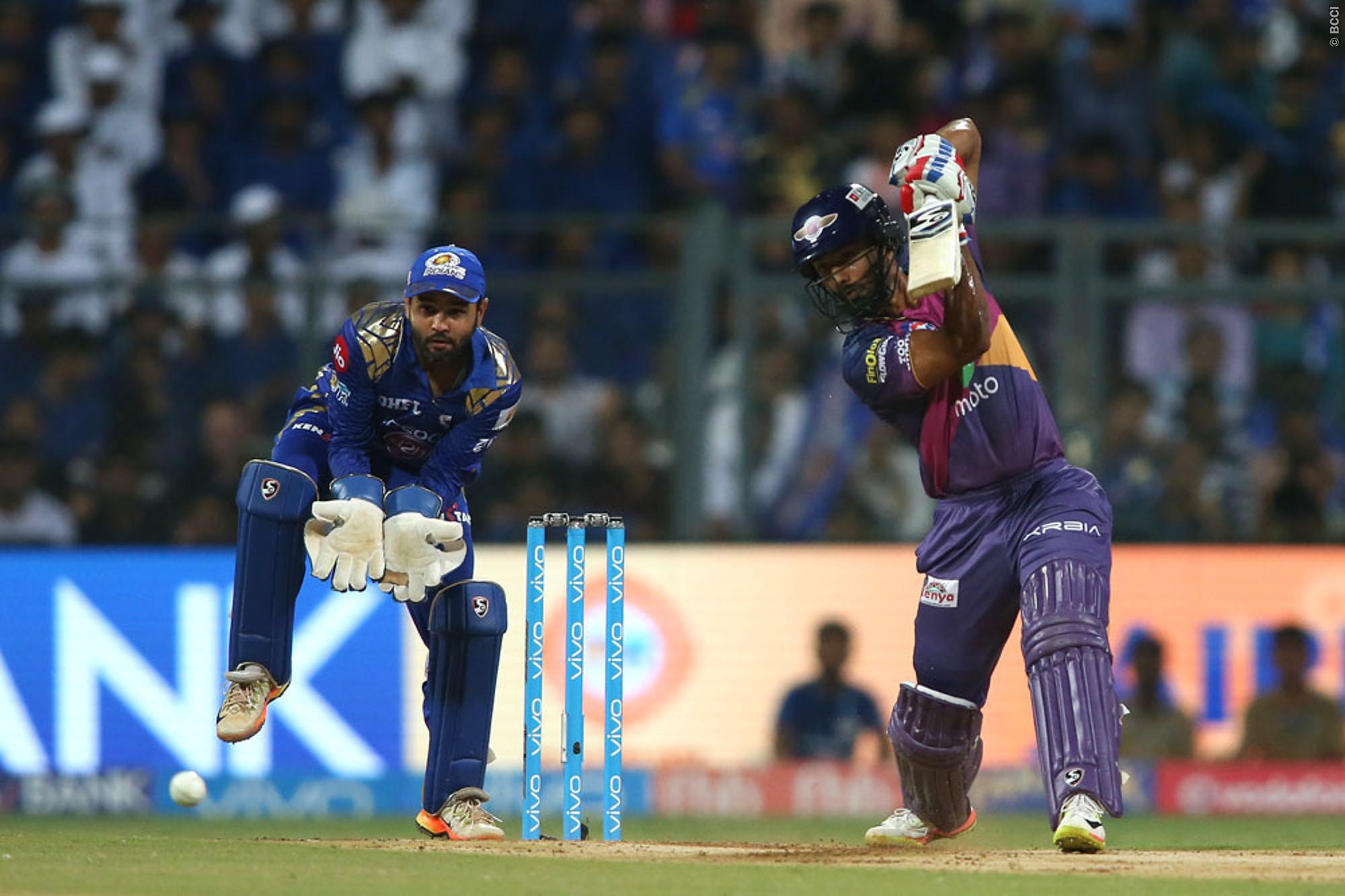 Mumbai: Table-toppers Mumbai Indians is all set to take on second spot Rising Pune Supergiant in Qualifier 1 of the Indian Premier League in Mumbai on Tuesday.

The side will be particularly satisfied that their bench strength clicked against KKR, providing them more options to choose from for the key clash.

There is a lot at stake as the winning team goes straight into the final to be played in Hyderabad on May 21, while the loser gets another chance in the Qualifier 2, to be played on May 19 in Bengaluru.

ALSO READ: After closely fought league stage, momentum is with RPS and SRH

Supergiant is the only team to have defeated Mumbai Indians twice in the league stage, both home and away and this fact would be playing on the minds of Mumbai players.

For the entire season, Mumbai’s batting has clicked. When the likes of West Indians Lendl Simmons, Kieron Pollard, Parthiv Patel, skipper Rohit Sharma, Nitish Rana fire in unison, they can destroy any bowling line up in the world and Pune’s will be no exception.

And Pandya brothers, Krunal and Hardik, are delivering when needed and the hosts will expect that they rise to the big occasion.

Hardik would like to continue from where he left off at the Eden Gardens.

Considering that the Wankhede track will be batting friendly, it is expected to be another high-scoring affair.

Mumbai would get back to their regular openers Parthiv and Simmons, and the duo would want to give them another flaying start.

But the home team can bring in Ambati Rayadu, in place of an out of form Delhi-lad Nitish Rana, to play at the one-down position.

Their bowlers, who leaked over 200 runs in their last home game, will have to put up an improved show. The team is likely to open their attack with Sri Lankan Lasith Malinga and Kiwi Mitchell McClenghan.

Jasprit Bumrah has been their best death over specialist and along with Hardik he will have to play a key role to restrict the Pune line-up, which boasts of some big names.

Pune, who decimated Kings XI Punjab by nine wickets to finish on the second spot, will take confidence from that game.

The trio will need to strike once again to restrict Mumbai and also require support from Australian leggie Adam Zampa.

Their one opener Rahul Tripathi, who has amassed 388 runs in the cash-rich T20 league, will need support from his partner Ajinkya Rahane, who is not scored big this season.

The side however will badly miss Englishman Ben Stokes, the costliest pick of the season, as he returns to national duty. It was something that was acknowledged by captain Steven Smith himself.

Pune, who have come back very strongly in the tourney, will need to get their combinations right. Some or the other player has performed for them this season, but the Stephen Fleming coached side would not like to depend on one single player in tomorrow’s game.