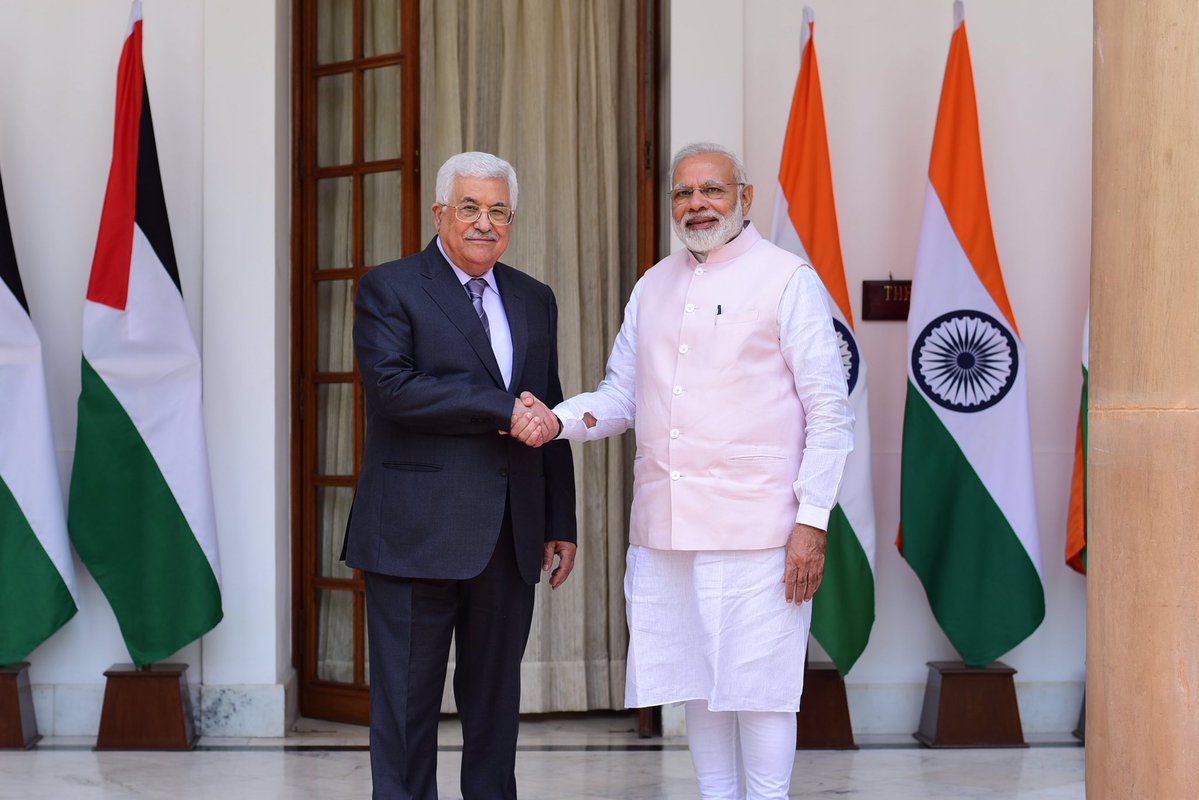 In a media statement before his visit to Israel, Prime Minister Narendra Modi stated that “India has been unwavering in its support for the Palestinian cause.”

During talks with Palestinian President Mahmoud Abbas, Modi said that India hopes to see an independent, sovereign, united, and viable Palestine, existing peacefully with Israel. Additionally, Prime Minister Modi also stated that India hopes for a resumption of talks between Israel and Palestine to resolve the Palestinian issue.