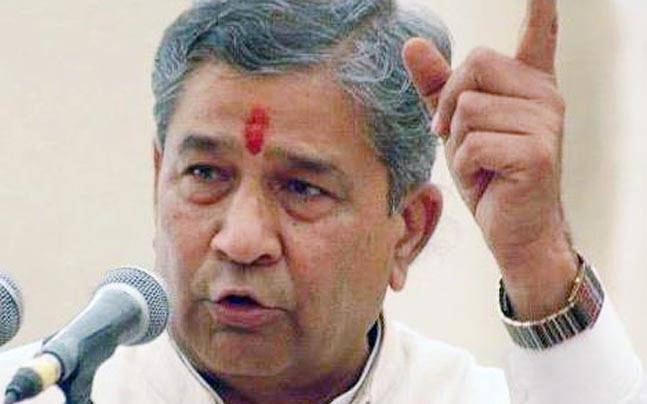 Jaipur: Days after being served a notice for alleged indiscipline, senior Rajasthan BJP MLA Ghanshyam Tiwari said that he will not bow down to the “corrupt and inferior leadership”.

He was served a notice by BJP’s national discipline committee chairman Ganeshi Lal on May 6.

“Rajasthan has never bowed down and it will never happen.”

Instead, it will create a new history. It began with chief minister’s (Vasundhara Raje) henchmen misbehaving and conspiring to attack me on October 2, 2015 during BJP training camp and then indiscipline notice served to me,” said Tiwari in reply to the notice.

Tiwari said that the notice is being given to every loyal worker of the state, which is being crushed by the state’s leadership which had a “corrupt and feudal mindset”.

“Organisations working closely with RSS have protested against the state government, but all complaints have been left unaddressed,” he said.

In a point-by-point reply to the indiscipline notice, Tiwari claimed that he does not attend party meetings and events due to threat to his life.

“I have been attacked five times in Rajasthan. Before the attacks, current BJP government withdrew security provided to me and my family. I have apprised the Speaker, Governor and Union Home Minister about it,” he said.

He alleged that “the party has been pawned to the chief minister who mounted pressure to get me removed from responsibilities in Centre and state”.

He accused the Rajasthan BJP of having become a place for mafias and sycophants by sidelining the dedicated, loyal and qualified people.