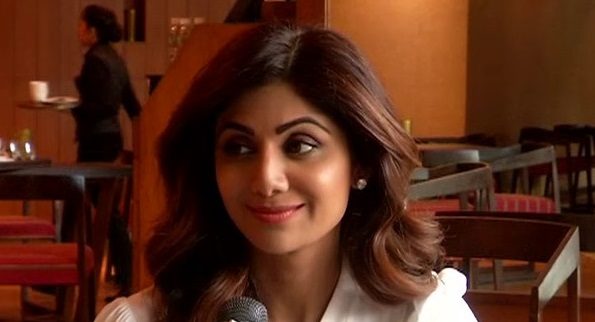 Actress Shilpa Shetty feels people should take some time out of their busy schedules to care for their health.

She said, “First and foremost, people should start taking care of their health. Working people tend to put their work before themselves. It is everyone’s right to live healthy. I want people to have a basic understanding of health. It is never too late to start and you can make a difference in the way you live, the way you eat and how you live your life.”

Recently, the Bollywood diva started a YouTube channel that features content across yoga, fitness and nutrition in the form of customized as well generic videos.

Shilpa was in Delhi for the 2017 Women Economic Forum event to talk about her fitness routines and women empowerment.

The 41 year-old-actress also shared that “through my YouTube channel, I am trying to teach people about food, how to cook and what to eat.”

She added, “I also tell people about working out. What yoga moves people should do, the shortest workout patterns and I am also planning to do targeted programs for weight loss.”

When asked about films, the 41-year-old-actress said, “I have been a part of Bollywood for a couple of decades. My last movie was 10 years ago, but I can see a change in the working patterns. There is still madness, but there is a method to the madness. Bigger studios are coming and investing in movies. It is becoming more streamlined. That is one of the main differences I see.”

However, she is not in the mood to head back to Bollywood as she is busy with the fitness channel and her duties as a mother. She is not actively seeking work, she added.

Shilpa Shetty was last seen on the silver screen in Anurag Basu’s ‘ Life in a Metro’ in 2007.