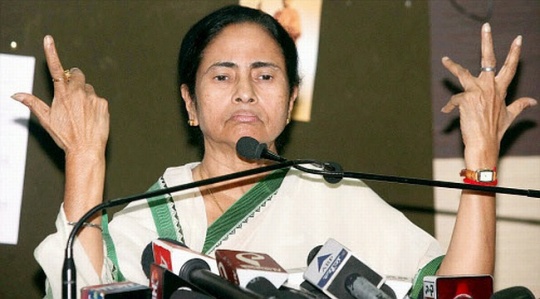 New Delhi, [India] May 10: After Maulana Nurur Rehman Imam Barkati said that he would continue to use the red beacon as permission for it was given by the erstwhile “British Government”,-the Bharatiya Janata Party (BJP) on Wednesday-satirically branded the West Bengal government as a ‘dark nation with an insane king’.

BJP leader Meenakshi Lekhi told the media “If Chief Minister Mamata Banerjee cannot use the red beacon, how can she let Imam Barkati use the same? It just reminds me of the idiom ‘andher nagri chaupat raja’. As per the Indian constitution, only ambulances are permitted to use the so-called red beacon.”

Lekhi also referred to Bengal as an epitome of lawlessness.

“Barkati denying to abide by the rules of the country only states the intensity of the lawlessness in Banerjee’s rule,” said she.

Earlier on Tuesday, Imam Barkati said that he will continue to use the red beacon as permission for it was given by the erstwhile “British Government”.

“I will remove red beacon once everyone does the same. I will continue to use as I have got permission from the British government,” Barkati said.

Imam Barkati is already infamous for issuing a fatwa against Prime Minister Narendra Modi for his decision to demonetize old Rs 500 and Rs 1000 notes.