All you need to know about Justin Bieber concert | Newsmobile
Sunday, January 29, 2023

The Bieber mania is on in India. Canadian pop sensation Justin Bieber is all set to  perform live today (Wednesday) at DY Patil stadium in front of the humongous crowd in Mumbai. You can still have access to Justin Bieber’s Purpose World Tour , Online booking still left for few late comers with starting price tag of 5000 to platinum stand which costs around 15000. 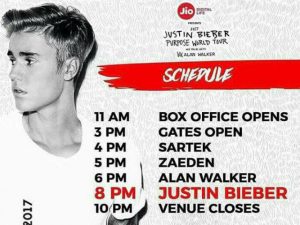 DY Patil stadium is expected to be full house with around 45000 people coming for the show. The show starts at 4 ‘O’ clock with Sartek’s electrifying beats followed by Zaeden and Alan Walker and finally Justin Bieber will mark his entry at 8 pm and beliebers should reach the venue to avoid hassle. EDM artist, Allan Walker known for his famous track Faded is accompanying Bieber to add cherry to the cake in this mega event.

Arrangements for the Beliebers

Various arrangements have been made by the organizers to make this experience an unforgettable for those who are ready to shell out some money. Party buses are arranged from Juhu, Andheri and Bandra for the concert ticket holders with in house illusionist and stand up comedians to keep beliebers entertained through the journey. Choppers are also available for the elite of the Justin fans. Arrangements for parking 15000 cars have been made by the Mumbai Police. There are also accommodation arrangements for the concert. A special area has been made for the true fans of Justin Bieber with the capacity of 350 persons, which could get them an up close encounter with their favorite Popstar. 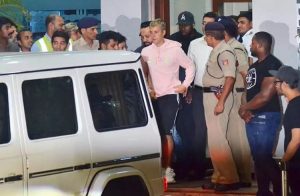 Justin will be entering the arena in style with Rollce Royce Ghost and will also have 25 dancers for background. The security team is headed by none other than Shera, Salman Khan’s bodyguard. Z-Plus security has been provided to him keeping in mind the utmost priority of one of the biggest Popster in the world coming to India. 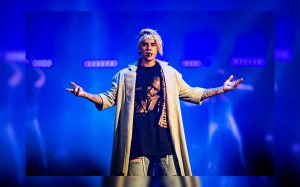 Bieber is coming for the first time to India and no Bieber fan would ever afford to miss this chance to see him live singing his famous tracks like Baby and Boyfriend.

ALSO READ: Belieber or not Justin lands in india ahead of Mumbai performance

What Not To Do In The Concert

You cannot click pictures and make video, you don’t want to be thrown out of such big event

People suffering from health issues should surely avoid the concert. Skrillex concert in Gurugram last year witnessed a horrific death of a girl due to claustrophobia.