From Aryabhatta to Sans Frontier Satellite: It happens only in India | Newsmobile
Sunday, September 25, 2022

Home News Flash From Aryabhatta to Sans Frontier Satellite: It happens only in India 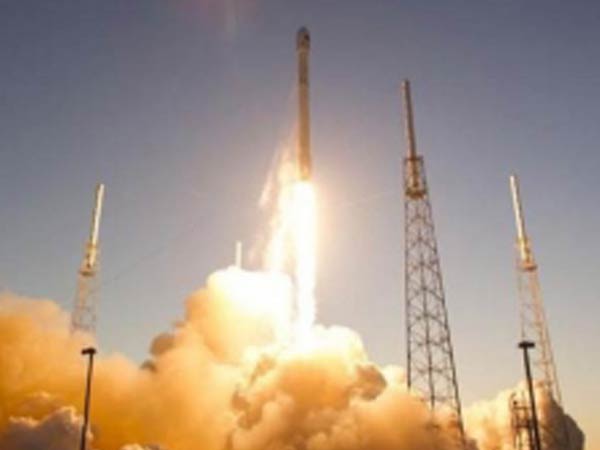 India penned her name in the history by launching 104 satellites in a single rocket on February 15, 2017. From MOM to GSLV-9, India has come far ahead from the yore times of Aryabhatta.

Walking down the memory lane, here’s a quick glimpse of the ISRO’s giant footsteps.

1975, Aryabhatta: India’s first satellite was a ‘make in India’ gig, and was launched by the Soviet Union. It reentered the Earth’s orbit post 19 years of the space travel. It was built to carry out experiments in astronomy and solar physics.

1979, Bhaskara: This satellite was launched from Kapustin Yar for gathering the data vis-a-vis forestry, hydrology and geology. Albeit second, it happens to be the first satellite which carried T.V and cameras.

1981, Bhaskara II: It re-entered into Earth’s orbit in 1991 and collected huge chunks of information about land and water zones. One out of the two cameras malfunctioned, however, sent back more than 2000 images.

1982, INSAT-1 A: A communication satellite launched by a US rocket. It was first meteorology satellite of our country.

1988, IRS-1A: Indian Remote Sensing (IRS) satellite launched through a Russian rocket. It is the second developmental flight of ASLV with SROSS satellite. But the mission was failed.

1994, Stretched Rohini Satellite Series: Abbreviated as SROSS, a group of satellites carried scientific and technology payloads to the space. It aided in the discovery of slew of gamma ray bursts.

1997, IRS 1-D: It is seventh in the line of the remote sensing satellites. It is built, launched, operated and maintained by the ISRO. The mission completed in 2010 after serving for twelve years.

ALSO READ: Coral Reefs On the verge of Extinction

2002, Kalpana-1: The METSAT is the first dedicated metrological satellite and was renamed Kalpana, after Indian born U.S. astronaut Kalpana Chawla. It was designed for seven years of service and meant majorly for amassing climate and environment related information.

2004, EDUSAT: The first of its kind, Education Satellite is solely designed for the educated sector. The concept of smart class is conceived by this very satellite. It makes two way communication possible and supplied educational materials to the classrooms.

2005, CARTOSAT-1: It was launched by Polar Satellite Launch Vehicle. The CARTOSAT-1 mission ensured data continuity while introducing improvements in the spatial, spectral and radiometric resolutions.