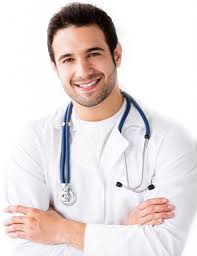 Washington D.C. [USA], You might be a five-year-old kid or a 50-year-old grown up, getting a shot at your doctor’s office can be a stressful experience.

But what if you knew your doctor was from your hometown, liked the same food as you, or shared your religious beliefs? Now that you feel more culturally connected to your doctor, will the shot hurt less?

It’s a scenario posed in a new study by Dr. Elizabeth Losin, assistant professor of psychology at the University of Miami College of Arts and Sciences; Steven Anderson, a University of Miami graduate student in the Department of Psychology; and Tor Wager, Ph.D., Professor in the Institute of Cognitive Science at the University of Colorado Boulder. The study is entitled, “Feelings of clinician-patient similarity and trust influence pain: Evidence from simulated clinical interactions,” and it is published in the Journal of Pain, the official journal of the American Pain Society.

In Losin’s lab, she simulates clinician-patient interactions to uncover the social and cultural factors that influence the pain that patients experience during medical care.

Her goal is to try and find ways to help people feel less pain when seeing the doctor and help reduce phobias about doctor visits and check-ups.

Losin says her study was inspired by clinical research literature that reveals how patients with racially or ethnically concordant doctors report higher levels of satisfaction.

She notes that those studies often don’t include outcome variables with a physiological component, such as pain. So, it’s not clear how far the effects of feeling culturally similar to your doctor can go.

“Pain also has a psychological component as well, and it’s the interaction between the psychological and physiological aspects of pain that we’re really interested in,” she said.

Losin says that physician-patient interactions are typically fast and superficial so people often don’t actually get the time to figure out whether they have anything in common with their doctor.

“You go to the doctor’s office and you have to get a procedure that is painful and scary,” said Losin.

For her study, Losin used a modified version of a “minimal group paradigm,” which is normally used in social psychology experiments to create artificial groups in the lab based on something completely arbitrary and superficial.

This approach allows researchers to figure out the minimal conditions required for real-world intergroup behavior, like discrimination, to occur.

In Losin’s study the groups weren’t quite so arbitrary. “We created the groups based on participants’ core personal beliefs and values, the same things that we think doctors and patients infer based on race and ethnicity in the context of medical care,” said Losin.

“We gave participants a questionnaire that asked about their political ideology, religious and gender role beliefs and practices. When they came into the lab, we separated the participants into two groups and told them they were assigned to these groups based on their questionnaire answers but not giving specifics to which question put them there.”

Losin says that the goal was to make people from the same group think they had something in common, which might then manifest itself as more positive feelings, like trust, towards participants playing the role of the doctor or the patient from their own group.

During the simulated clinical interaction, the doctors performed a pain-induction procedure on the patients by applying heat to their inner forearm, meant to simulate a painful medical procedure like a shot.

“After the interaction, we asked both the doctor and the patient how similar they felt to each other and how much they trusted each other,” said Losin.

According to the study, the more patients reported trusting their doctor and feeling similar to them, the less pain they reported feeling from the heat on their arm.

The study also suggests that participants who experience higher levels of anxiety on a day-to-day basis experienced greater reductions in pain from feeling close to their doctor.

“Overall, we are interpreting our findings as suggesting that the doctor is essentially acting as a social placebo, playing the same role that a sugar pill would play if we were doing a study on placebo pain relief,” said Losin.

“When someone believes that something is going to help relieve their pain, their brain naturally releases pain-relieving chemicals. Our hypothesis, based on what we are seeing, is that trusting and feeling similar to the doctor who is performing the painful procedure is creating that same kind of placebo pain relief.”

Ultimately, Losin would like to use the results of her studies to design and test new methods clinicians can use during the doctor-patient interaction to build trust and help decrease pain for their patients.