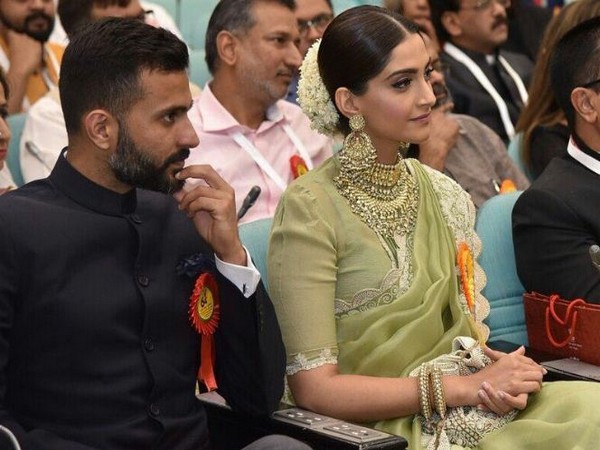 Sonam Kapoor is known for setting new fashion trends each time she makes a public appearance, and for an occasion like the National Film Awards, she made sure that today was not an exception.

The 31-year-old actress wore a beautiful organza tissue saree with a lace border. She accessorized it with extravagant necklaces layer along with statement earrings, wearing a ‘gajra’ in her hair.

The actress attended the event with his rumoured boyfriend Anand Ahuja and his father Anil Kapoor.

Sonam Kapoor received a ‘special mention’ at the 64th National Film Awards ceremony today at Vigyan Bhawan, Delhi, for her performance in ‘Neerja’.

The film, released last year, narrates the story of Neerja Bhanot, a Pan Am purser, who lost her life while saving the passengers when the Pan Am was hijacked at Karachi airport on September 5, 1986.

Apart from this, Akshay Kumar won the National Award in the ‘ Best Actor’ category for the movie ‘ Rustom,’ while Best Actress went to Surabhi for Malayalam movie ‘ Minnaminungu’.