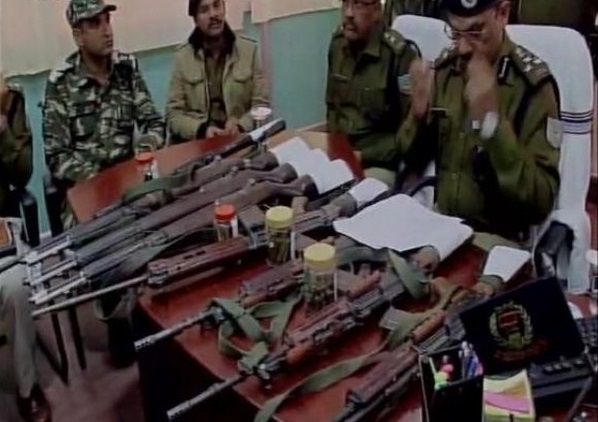 Lohardaga: In a joint operation launched by the Jharkhand police and 158 Battalion Central Reserve Police Force (CRPF), a massive cache of arms and ammunitions was recovered from a Naxal hideout in Jharkhand’s Lohardaga district.

A 7.62 mm Light Machine Gun (LMG), semi automatic US made rifle, an AK 47, a Self-Loading Rifle (SLR) rifle, three Insas rifle, two 303 rifle, four 315 rifle, communication sets, along with magazines and around more than 3000 ammunitions of different calibers were among the weapons and ammunition that were recovered.

After 25 CRPF jawans were killed in the worst Naxal attack in recent years in Sukma, Chhattisgarh, an alert was sounded in neighboring Jharkhand.

Last month, at least three CRPF personnel were injured in a Naxal attack in the Daltonganj area of Jharkhand.