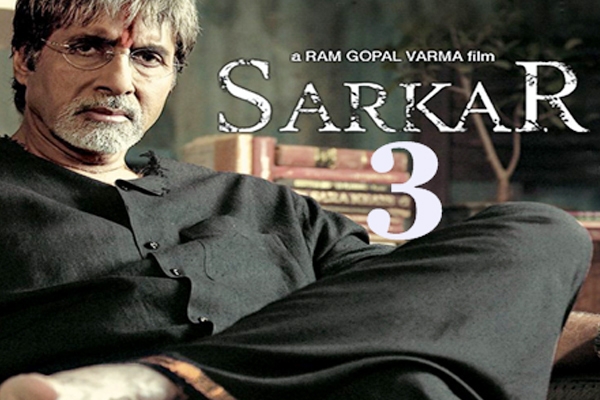 Its going to be an interesting Friday on 12 May with two big ticket releases clashing.

Sarkar 3 and Meri Pyaari Bindu lock horns. We bring to you the wiki information and official trailers of both and lets see what the movie buffs should hope for.

Is the much awaited third instalment of the Sarkar series. Most cine lovers would never come over the smashing Sarkar(1) with Amitabh , Abhishek , KK , Tanishthha and Supriya Pathak.
The path breaking style of cinematography,the close camera shots, the impressive background score,the amazing storyline in close resemblance to a prominent political family combined with the awesome performances by one and all gave us a film never to be forgotten.
Sarkar 2 with Amitabh , Abhishek and Aishwarya was good if not as great.
After a long gap , RGV gives us the third one. It boasts of a rocking star cast – Amitabh, Jackie , Manoj Bajpayee, Ronit Roy , Amit Sadh and Yami Gautam. The trailers promise us a harder hitting film than the earlier ones and an angrier Subhash Nagre .
Sarkar fans , Amitabh fans and RGV fans have lots of reasons to look forward to this one .The trailer-

Is bound to appeal to the younger audience. Starring Parineeti Chopra and Ayushmaan Khurana, the movie boasts of some good sound tracks and singing by Parineeti herself.
With new marketing strategy being used by the producers, they have a released a series of teasers, not giving away the story line or the complete look and feel of the movie .
Seemingly, its a movie about a boy and a girl who are childhood best friends. Parineeti is more of a wild child who’s impulsive and is passionate about music and Ayushmaan smitten with her since childhood.
Whether their story is a complete love story or not is what the teasers want you to remain curious about .

Here’s the combined trailer of 5 teasers.