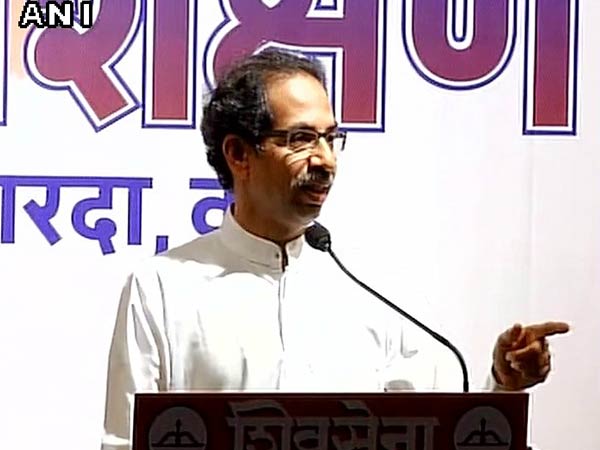 Mumbai: Shiv Sena chief Uddhav Thackeray has joined the line of politicians criticizing Prime Minister Narendra Modi and the Centre over their “inaction” towards the recent mutilation of two Indian soldiers carried out by the Pakistan Army in the Krishna Ghati sector in Jammu and Kashmir.
In a scathing attack on Prime Minister Modi, Thackeray said the former was still talking about ‘Mann ki Baat’, when he should be talking about ‘Gun ki Baat’, hinting towards a well-planned military strike against Pakistan.

“Soldiers are dying on the border. Women are getting widowed. And our Prime Minister is still talking about his ‘Mann ki Baat’. It’s time he talked about ‘ Gun ki Baat’,” Thackeray said while addressing a public meet here.

Thackeray-led Shiv Sena and the Bharatiya Janata Party (BJP) have been at loggerheads since the 2014 Assembly elections, as a result of which both parties independently fought the recent BMC elections held in the state.

The Congress, along with other Opposition parties, have also condemned Prime Minister Modi and the Centre over not reacting appropriately to the dastardly act by Pakistan.

The Centre, on the other hand, has stoically put forth a stand of not politicizing a “serious matter.”

Meanwhile, tension continues to rise between India and its neighbor Pakistan over the mutilation.

The Indian Army had confirmed the development in a statement, deriving wrath from all sections of people and political circles in India.